Recently, pop star Miley Cyrus has been more and more open about her own gender identity and her relationships with both men and women. She’s also launching her own non-profit organization, the Happy Hippie Foundation to support homeless and LGBT youth.

Now, she is using her celebrity to start a new campaign to help transgender individuals by teaming up with the hugely popular photo sharing app Instagram to launch ‘InstaPride.’

The project focuses on different people through a portrait series in efforts to increase both awareness and acceptance of people who identify across the gender spectrum. “These portraits and the people in them are meant to serve as positive examples for young people who might be struggling to figure themselves out, as well as reference points for those who might not personally know anyone who doesn’t feel at home in their own body,” Cyrus told Time.

The first series of photos debuted on Monday June, 15 featuring Leo, 19, from Michigan. The images show different shots of Leo surrounded by smiley face balloons, the symbol of Miley’s foundation, and lots of yellow which is a non-sexualized color, and also share multiple quotes from Leo as he tells his story.

Before teaming up with Instagram, Cyrus partnered with Facebook to share videos of herself and other famous singers covering classic songs to once again raise awareness for her Happy Hippie Foundation. 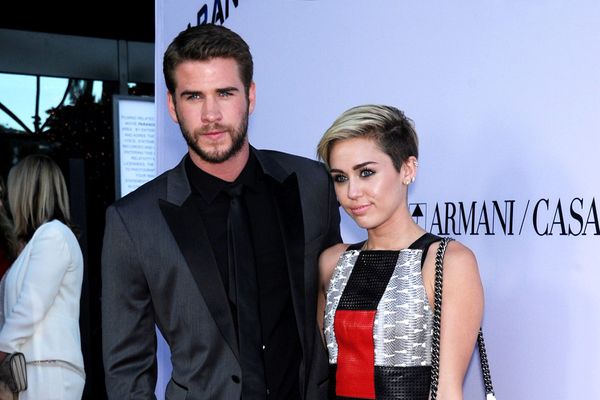