Miley Cyrus Opens Up About Her Rebellious Past

24-year old starlet Miley Cyrus has reinvented herself once again!

Cyrus opened up about her rebellious Bangerz past and how she doesn’t recognize that version of herself anymore in a new interview with Harper’s Bazaar. “I feel really kind of far away from that person. I just want people to see that this is who I am right now.  I’m not saying I’ve never been myself. Who I was on the last record was really who I am,” she says. “It’s just myself has been a lot of different people because I change a lot.”

Cyrus recently released a new single “Malibu” which features quite a different sound than her previous albums. Aside from this release, Miley remained quite absent from social media and the Hollywood scene. “I think I’m just figuring out who I am at such a rapid pace that it’s hard for me to keep up with myself,” she admit when asked about her hiatus.

The star also revealed her time away allowed her to think about her childhood days on the set of Disney Channel’s Hannah Montana. “There’s so much I don’t remember about being a child entertainer because it was so much to keep in my brain. It’s like anything when you are in it,” she says. “I didn’t realize how much pressure I was under and how that shaped me until, like, this year.”

She added that being a Disney star created a lot of physical and mental strain on her at a young age by constantly being told how to act and what to wear. “People were so shocked by some of the things that I did. It should be more shocking that when I was 11 or 12, I was put in full hair and makeup, a wig, and told what to wear by a group of mostly older men. I didn’t want to become any sort of man hater because I love all humans; I am a humanitarian.”

Cyrus continued by opening up about her philanthropic beliefs and that her biggest piece of advice is to always be yourself. “I also think something that has been important for me, in this next little, like, transition phase of my career is that I don’t give a f–k about being cool,” she explains. “I just want to be myself.”

She concludes by sharing her belief that people shouldn’t be able to tell her who she is or should be just because they think they know her, “It’s really scary sometimes, someone saying, ‘This is who I am.’ People have known me since I was so young, they think they know me,” the singer confessed. ” I heard so many comments like, ‘We just want Miley back.’ But you can’t tell me who that is. I’m right here.” 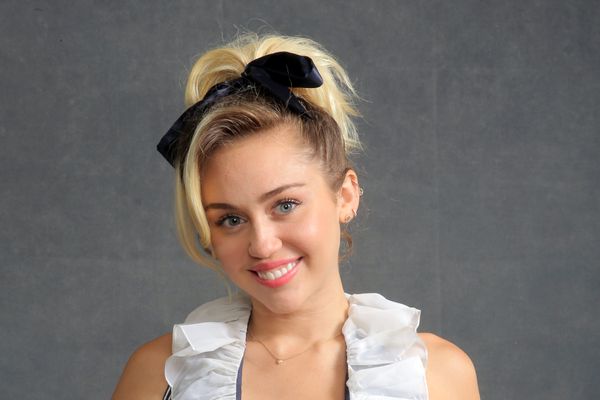