Monica Raymund Returns To ‘Chicago Fire’ For The Winter Finale

Fans of Chicago Fire were heartbroken when actress Monica Raymund left after six seasons of the show, but the star will be back to make an appearance in the drama’s season 8 winter finale that will air on November 20.

“Coming back to the show was a homecoming for me,” Raymund told EW. “The cast of Chicago Fire will always be my family, and it was so wonderful to work with them again. It was such a positive experience returning to the family, and I’m so happy and grateful for a chance to work with all of them again!”

“Fans can expect sparks to fly from the Dawson and Casey reunion. Dawson and Casey will always have an unbreakable bond, and their love is a special love that I think will forever stay alive. The fans don’t want to miss this episode — we get to seep Dawson and Casey’s love in a new light,” added Raymund.

Fans last saw Dawson in the season 7 premiere of Chicago Fire (and subsequently her last appearance on the series until as of now), where she returned from a full-time job working on relief efforts in Puerto Rico. Dawson then asked Casey to leave the city behind and move with her to Puerto Rico, but he refused.

While the news around Raymund’s character return and how this will affect the show are being kept quiet for now, writer and producer Derek Haas had this to say, “Dawson is back in town to help raise money for her aid organization and stops by Firehouse 51 to see Otis’ memorial and to reconnect with everyone.” 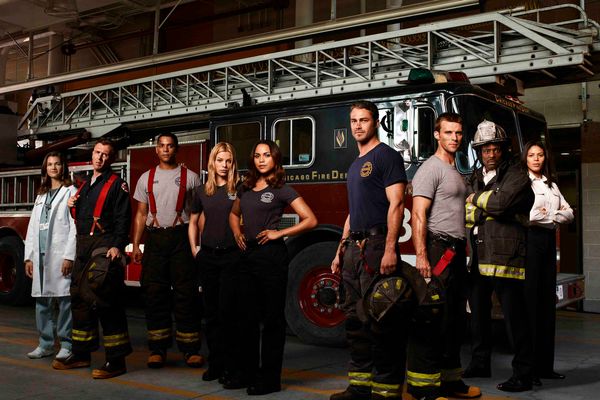