In all honesty, this has been a long time coming for actor Adam Sandler who is well known for his offensive comedy and finally a group of actors and advisors have had enough.

All of the Native American extras and cultural advisors working on the set of Sandler’s new movie The Ridiculous Six reportedly walked off this week due to stereotypes, jokes and offensive names that disrespected Apache culture and religious practices.

One of the extras, Loren Anthony, told The Associated Press on Thursday April 23 that he and eight others quit after their concerns went ignored, “Right from the get-go, it didn’t feel right. But we let it go.Once we found out more about the script, we felt it was totally disrespectful to elders and Native women.”

Another actor, Allison Young, echoed the same feelings towards the film and producers ignoring the issues, “When I began doing this film, I had an uneasy feeling inside of me and I felt so conflicted. They [producers] just told us, ‘If you guys are so sensitive, you should leave.'”

Netflix, the company for which Sandler has a four-movie exclusive contract also released a statement after the story first made headlines, stating, “The movie has ridiculous in the title for a reason: because it is ridiculous. It is a broad satire of Western movies and the stereotypes are popularized, featuring a diverse cast that is not only part of – but in on – the joke.” 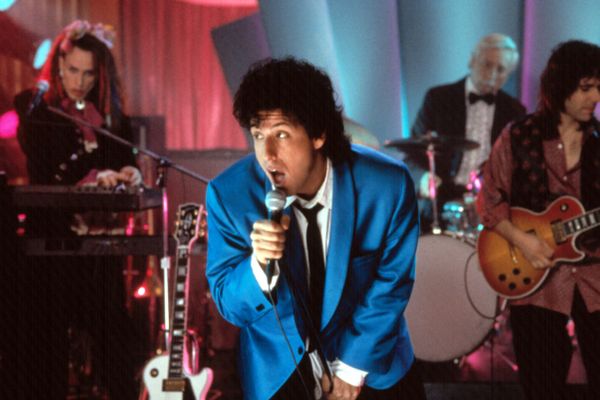 Things You Might Not Know About ‘The Wedding Singer’