The claws are out… verbally. NeNe Leakes has finally responded to the months and years of hate from talk show host, Wendy Williams.

Since Real Housewives of Atlanta became a thing (just a few months after it became a show), the stars of the reality show have had their fair share of critics. Sure, it’s a pretty miserable viewing experience if you don’t put a lot of stock into having a bunch of crap, but for those who aspire toward it, it’s just the best. The fashion, the drama, the WTF: It’s delightful.

Wendy Williams is one individual who already has a lot of crap, so she’s not so interested in what the RHOA are up to, but she does take time regularly to comment on their behavior. The comments are rarely, if ever, compliments. Her disdain for NeNe is well documented, and she has stated several times that she feels NeNe should be fired from the show because the NeNe Leakes act has grown stale.

Most recently, Wendy offered some criticism of NeNe having to do with a handbag. NeNe decided to write all over a $10,000 Hermes Birkin bag, covering it with what she calls “NeNeisms.” Undoubtedly, this also allows her to write the bag off as a business expense. That’s how it works.

Wendy thought NeNe writing all over the bag was peculiar, and Tweeted something about it. NeNe took exception to the Tweet, and offered a response of her own. She let Wendy have it. Yeah, it would be awesome if it were witty, but it’s just a grammatical mess. Still, you can see the chiding offered in the video below–it does maintain some entertainment value! 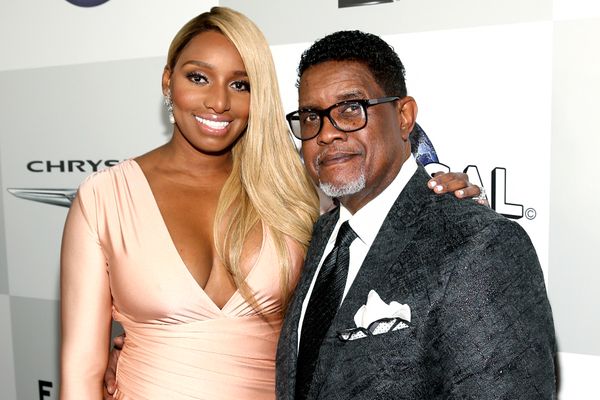