In an endearing moment of true love, Nick Lachey took to Instagram to share the lengths he would go for his wife, Vanessa.

Nick proved that he wouldn’t hesitate to do a little dumpster diving for his wife and shared a photo of her wedding ring recovered from the garbage. He added the caption, “This is true love after 6 years of marriage…digging through dirty diapers and trash to find your wife’s missing wedding ring!!” He concluded the post with the hashtag #success.

The heart-warming post was received quite positively from followers and many commented on his chivalrous personality. A fan commented, “They don’t make men like you anymore…..just say’n,” while another commented, “True love indeed! What a great hubby!”

The couple married in 2011 and have had three children since- daughter Brooklyn and sons Camden and Phoenix. Despite the seemingly hectic life of caring for three children under the age of 5, Lachey revealed to Us Weekly that he’s enjoying the experience. “Part of the fun of kids is the craziness, and you’ve got to embrace that side of it as well,” he shared. “I think the real chaos is going to come in a couple years when Phoenix is 2 and Brooklyn’s 4 and Camden’s 6. … Then I can just imagine it’s going to be craziness.”

This is true love after 6 years of marriage……digging through dirty diapers and trash to find your wife’s missing wedding ring!! #success 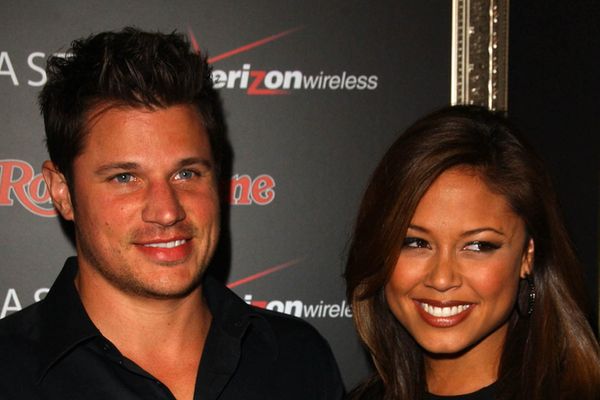