Chase Stokes and Madelyn Cline a.k.a. John B and Sarah Cameron are officially dating in real life!

On Sunday, Outer Banks star Chase Stokes, 27, confirmed his relationship with costar Madelyn Cline, 22, on Instagram. The photo showed Stokes and Cline having a picnic on the beach complete with a picnic blanket, snacks, and wine. He captioned the photo, “cats outta the bag” with a heart emoji.

Cline wrote in the comments section of Stokes’ post: “Topper punching the air rn” and “I’ve fallen and I cant get up.”

Their costar Jonathan Daviss, who played Pope on the show, hilariously commented, “Well it’s about time.”

Stokes and Cline first sparked rumors of a potential behind-the-scenes romance back in April. Fans fell in love with the story of John B and Sarah Cameron’s relationship on screen, so it was definitely a pleasant surprise to hear confirmation of their real-life relationship.

Back in April, Stokes had seemingly denied the rumors and focussed on the friendship aspect of the cast. “We’re all staying together, quarantining together,” Stokes said at the time. “We made a huge fort in the living room, so there’s this true honesty to the friendship you see onscreen, that is equally present offscreen as well.”

Turns out it was more than just friendship in the end! Check out the adorable social media post below: 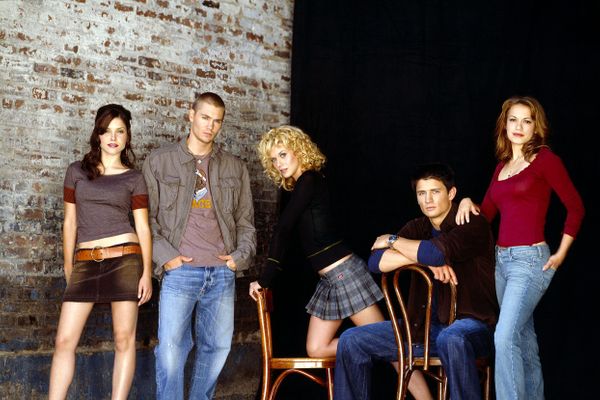