Ozzy Osbourne may be a lot more subdued than he was back in his hay day but, regardless, he is still a loving father – and one that is quick to rush to his daughter’s defense if needed.

Although the drama surrounding E!’s Fashion Police after judge Giuliana Rancic made racist comments about Zendaya Coleman’s dreadlocks is seemingly over, good old Ozzy made sure to lay it to rest after Access Hollywood host Billy Bush came to Rancic’s defense while also bashing Ozzy’s daughter Kelly Osbourne.

On Thursday February 26, Bush weighed in on the issue by specifically calling out Kelly and an anonymous staff writer in an attempt to shift the complete blame from Rancic making the comments. After the comments were made and Zendaya responded, Kelly threatened to quit the show after many accused her of being the one that added a comment about Zendaya’s dreadlocks smelling like weed.

While Rancic apologized on social media and again publicly it seems everything is fine again between the hosts however Bush disagreed saying, “How could it be good? Kelly Osbourne threw her under the bus, in my opinion,” in the end stating, “Giuliana is taking the hit for this.”

After hearing Bush’s comments Ozzy took to his Twitter to threaten him for calling out Kelly and dredging up the supposedly settled situation. “@BillyBush stop acting like a bitch. Act like a man. Lay off Kelly or we’ll be going to hospital to get my foot out of your ass. God Bless,” the notorious rocker tweeted.

Bush briefly addressed the threat with a joke of his own on Twitter writing, “Need to book an opthomologist AND a proctologist on @AHLive tomorrow. For #TheDress and Ozzy’s foot.” 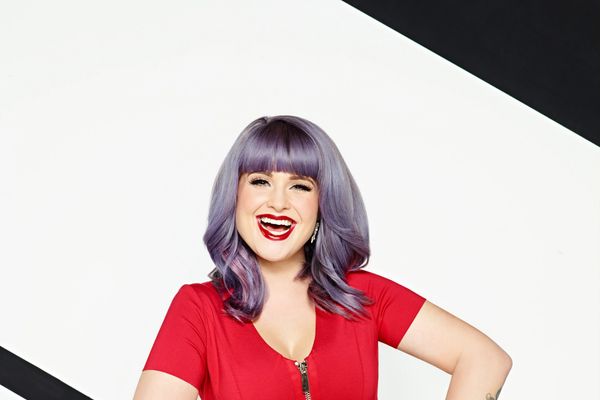