Rebel Wilson wasn’t afraid to get her feet wet for her role as the wicked Ursula in this weekend’s The Little Mermaid Live.

The 36-year-old actress and comedian finished up her final performance last night as the Disney villain in what was a 3-night event at The Hollywood Bowl. The concert featured songs from the 1989 Disney classic – all played by a live orchestra.

It’s easy to see that Wilson had a blast being part of the production. She was part of an all-star cast that included Sara Bareilles as Ariel, Darren Criss as Prince Eric, John Stamos as Chef Louis, and Tituss Burgess as the crab Sebastian. Wilson performed “Poor Unfortunate Souls” and stole the show! You’d swear she was born to play the part. Her performance elicited loud cheers and applause from the crowd.

Wilson appreciated the support she received from fans who attended the performances. On June 5 she posted, “Thank you so much to all the fans who came out to see The Little Mermaid in Concert last night.” She also gushed about her cast mates. “Don’t think it gets any better than singing with @SaraBareilles at the Hollywood Bowl!! Thank you so much fans.”

Rebel Wilson shot to fame after she starred in 2012’s Pitch Perfect. More recently she can be seen in How To Be Single with Dakota Johnson and Leslie Mann.

Thank you so much to all the fans who came out to see The Little Mermaid in Concert last night x ❤️❤️ #legends pic.twitter.com/XHZBaq6VCN

Check out a video of her performance! 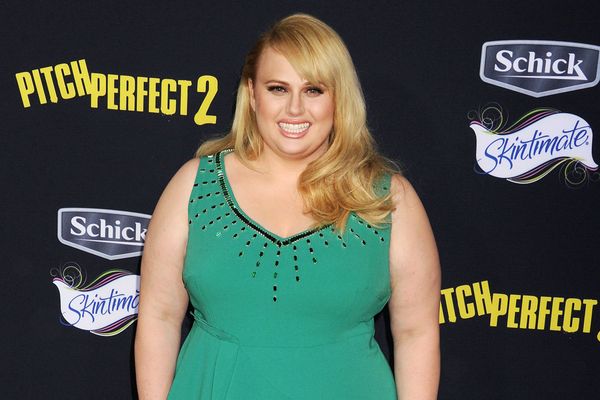