Only three months after Big Bang Theory star Kaley Cuoco announced that she and husband of 21 months, Ryan Sweeting, were divorcing, reports are surfacing that she is already dating someone else.

According to Us Weekly, Cuoco is dating actor Paul Blackthorne, who currently stars on the CW’s Arrow as Quentin Lace. While the pair have kept their alleged new relationship under wraps, an insider close to the 30-year-old actress stated, “It’s new, but she’s really excited about it.” A couple of weeks ago, Cuoco took to her Instagram to share a photo supporting the 46-year-old actors conservation charity trying to end Rhino poaching in South Africa.

While her divorce announcement from Sweeting was surprising because the two had spent so much time defending their whirlwind romance, it seems she has been dealing with the split rather well. In November, she had a new tattoo inked over her previous own which was of her wedding date to Sweeting in Roman numerals. She also celebrated her 30th birthday not long after the divorce filings and shared some moments from her big day on Instagram, adding it was, “the best birthday I ever had.” 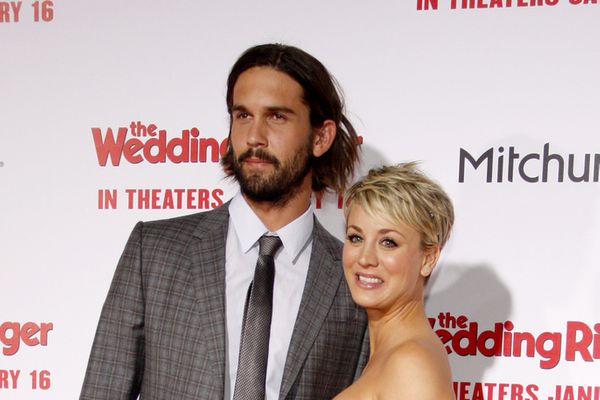 9 Signs Kaley Cuoco And Ryan Sweeting Were Headed For Divorce