Things between Real Housewives of New Jersey stars Teresa and Joe Giudice has been rocky ever since the pair were sentenced to two separate prison terms after pleading guilty to 41 counts of fraud back in 2014.

As Joe’s term comes to an end, a judge has reportedly ordered the reality star to be deported back to Italy, and according to Teresa that would be the end of their marriage.

Back in January, many spoke out saying that Teresa admitted at the RHONJ season 9 reunion that she and her husband would split instead of moving the family to Italy, and now the clip from Teresa’s admission is making the rounds. “I’m not doing a long distance relationship. I’m not doing it,” she tells host Andy Cohen. “I want somebody with me every day.”

“I know exactly what happens — I’m sure he’ll be with other women. It happens,” she adds. “You do the long-distance thing, it’s not going to work. I’d be like, ‘Bye bye.’”

“Unless my kids say, ‘Mommy, we want to move to Italy,’ [we] are not going],” Teresa says. “Gia’s going to college next year; I haven’t spoken to Milania or Audriana about it, we haven’t gotten there yet; and Gabriella already voiced her opinion to me. She was like, ‘That would be so hard for me, Mommy.’ She doesn’t speak the language. She’s like, ‘That would kill me even more.’ “

“It’s like starting a whole new life,” she added, “and they’ve been through so much already.”

While rumors have already circulated that Teresa is already moving on with realtor Blake Schreck, who is 20 years her junior, after the pair were spotted together multiple times and holding hands, the star is adamantly denying it is romantic. 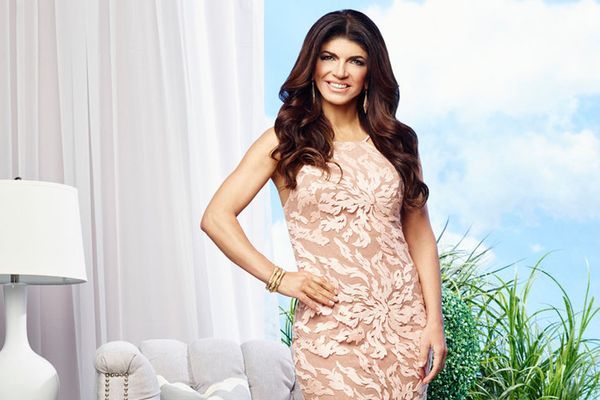