Paramount has a lot of eggs in the basket labeled “Anchorman Sequel,” and the studio’s advertising campaign has been an exercise in budget-conscience, affiliated-marketing genius.

Will Ferrell’s “Ron Burgundy” injected the excitement into the sequel when he made an appearance on Conan to play some jazz flute, and announce that it was actually happening. It’s hard to believe that the announcement was over 18 months ago!?

This seed of hope was followed by some stellar Internet teases, a teaser trailer, full length trailers, an ad campaign affiliated with the new lineup of Dodge vehicles (which are all brilliant) and finally, Ron Burgundy has broken the unbreakable barrier of real and fake news, and joined a news team for a day.

Where would Ron Burgundy choose to do the real news? San Diego? No. Of course not. San Diego is in Southern California, where there is more than adequate press and advanced ticket sales to Anchorman 2. Ron Burgundy flew north to help out local CBS affiliate, KXMB, in beautiful Bismarck, North Dakota. As we all know, Bismarck is German for “whale’s vagina.”

This final slice of pie is advertising and marketing genius on behalf of Ferrell and the team at Paramount. You can almost imagine the conversation in the office: “How are we gonna push the sequel in small markets like North Dakota?”

Farrell remained optimistically sincere during the entire newscast, and never strayed from the Ron Burgundy we all know and love, injecting playful banter to lure giggles from the on-camera talent, and possibly a few tears of delight from the people behind the scenes. The melding of truth and fiction has gone viral, and deservedly so. Will Ferrell never fails to deliver when he’s donning the grand mustache of Ron Burgundy.

Check out the hilarious video of Ron Burgundy doing a live newscast below: 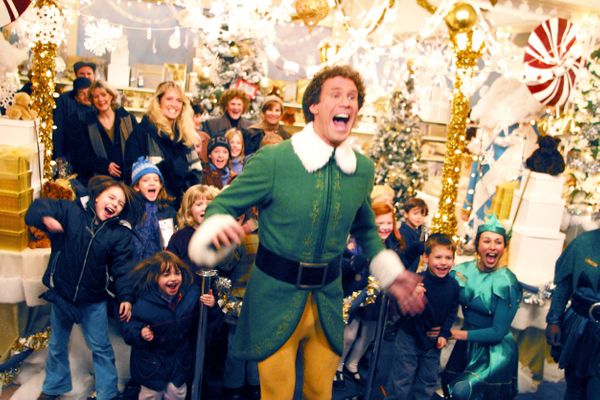