#HeyGirl, put down that cupcake because Ryan Gosling got a little sweeter.

The 35-year-old actor and father of two daughters wasn’t afraid to speak openly about how much he respects and loves women. In a recent interview with ES magazine Gosling stated, “I was brought up by my mother and older sister. I found my way into dance class. My home life now is mostly women. They are better than us. They make me better.” And he’s not afraid to say he’s in touch with his feminine side. When asked about what percentage of “woman” he is, Gosling didn’t hesitate to say: “I’d say 49 per cent, sometimes 47 per cent, it depends on what day you catch me.”

Amidst all the election buzz in the United States, Gosling believes a female president is what the country needs. “I think [America] needs a woman’s touch. I’ve always liked women more.”

Gosling also said that men need to be more accountable for their behavior towards women. “It’s our time as men to be on the receiving end of the stick,” he said in reference to being objectified. “I grew up with women so I’ve always been aware of it. When my mother and I walked to the grocery store, men would circle the block in cars. It was very scary, especially as a young boy. Very predatory — a hunt.”

Gosling hopes to set better example for the women in his life. In 2011, Gosling began dating actress Eva Mendes. The couple have two daughters together: 20 -month old Esmeralda, and newborn Amada. 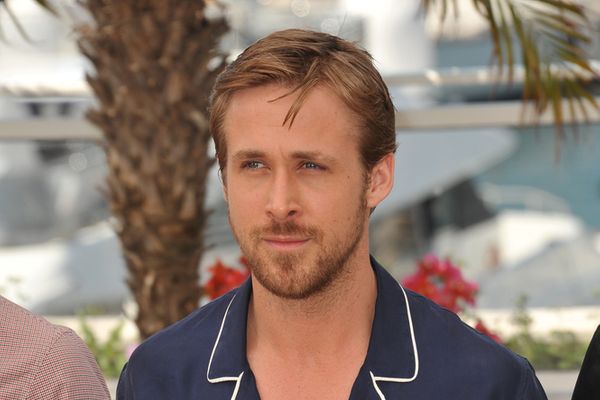