We all thought we had seen the epitome of Ryan Gosling as a fresh-faced cutie before becoming one of Hollywood’s biggest heartthrobs during his stint on Breaker High when he portrayed the jokester, Sean Hanlon, on the cruise ship high school.

We were all wrong, however, as over the weekend videos of a 12-year old Gosling surfaced on Facebook and not only is he wearing M.C. Hammer pants, he’s dancing in them with incredible skill.

The videos from 1992 were posted by a fellow Canadian resident, Shaun Swire, who first posted one of a young Gosling rocking a leather jacket and channeling his inner Grease while on top of a miniature convertible and dancing along to Elvis Presley’s “Hound Dog.”

Of course nothing foreshadows Gosling’s future any better than the second video where he is seen surrounded by a bunch of pretty girls as he makes some really ridiculous moves look incredibly cool. It seems the new dad has seen the videos too and is definitely not embarrassed by them. In fact, he joked about it on Twitter on Saturday March 7, “Obviously I peaked early. Thank you @JaneChupick and twitter for the check up from the neck up.”

Gosling is currently working on some more serious career moves as he films his new movie, The Nice Guys, which boasts a star studded cast including Matt Bomer, Russell Crowe, and Kim Basinger.

Also Check Out: 12 Things You Didn’t Know About Ryan Gosling 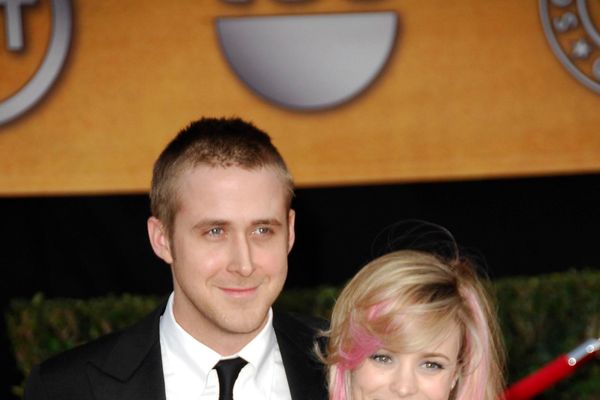