Lots of stars sparkled as always on the red carpet for this weekend’s Screen Actors Guild Award in Los Angeles, but no red carpet is without its awkward moments.

E!’s Maria Menounos interviewed all the biggest actors in Hollywood, and found herself feeling embarrassed around at least a few of them!

When Still Alice actress Julianne Moore showed off her diamond ring to an interviewer, she was asked to participate in the “mani cam,” where stars can show fans a close of up their manicures. Julianne seemed to misunderstand what was being asked and agreed at first, but then figured it out, backed away and said “Oh, I’m not doing that” with a bit of an awkward laugh.

Sometimes it’s brutal honesty that makes everyone awkward. When Modern Family star Sarah Hyland was asked if she knows what she might get her co-star Sofia Vergara for a wedding gift when she weds Joe Manganiello, she responded with a firm “No,” though she did elaborate: “I’m hoping there’s a nice registration so I won’t have to think about anything,” she admitted. “I’ll write a nice card.”

There was an even an awkward kissing moment between Maria and Kevin Costner when he walked up to be interviewed with his wife — check out the video to see it! 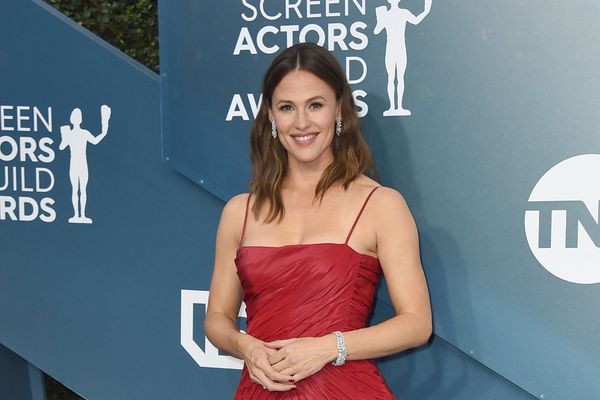