Singer Sam Smith has been spotted flaunting major PDA with 13 Reasons Why actor Brandon Flynn throughout New York this week!

On October 3 the duo were spotted on what seemed to be a date night as they attended a Broadway show together entitled Dear Evan Hansen. Prior to this, the couple was spotted the previous evening out for dinner at Catch restaurant. “They were low key,” an eyewitness shared with Us Weekly. “But enjoyed a romantic evening with their friends.” After finishing their meals, the new couple headed to the rooftop for drinks and dancing.

The next morning the duo was spotted once again kissing and holding hands in Greenwich Village. Neither Smith nor Flynn, who portrayed Justin on Netflix’s breakout series, has commented on the relationship to the media or on social media but it’s clear they aren’t shy to flaunt their status as a couple. “Obviously, they haven’t publicized their relationship on their social media accounts,” a source revealed. “But they also aren’t afraid to show some PDA.”

Although the duo seems to be starting quite strong, the relationship is still very fresh. Smith commented on his romantic life in early September after his hit “Too Good At Goodbyes” was released and commented, “I’m still very, very single. I think I’m even more single than I was when I released [my first album] In the Lonely Hour, so I’m insanely single.”

If Smith’s budding romance with Flynn continues down this path we’re quite certain he won’t be single for long!

Flynn was previously connected to his 13 Reasons Why co-star Miles Hezier who played Alex on the hit series. 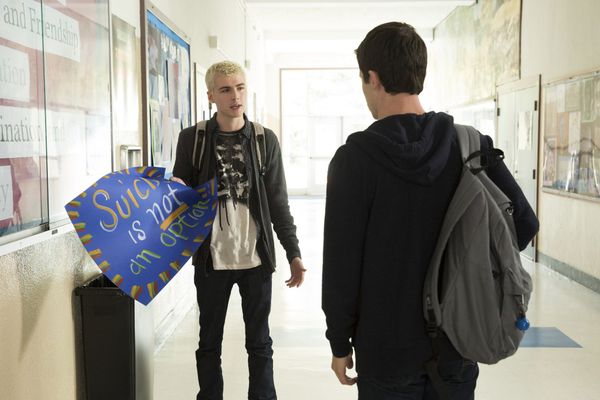