Despite their fame, Sarah Jessica Parker and husband Matthew Broderick have never been a celebrity couple who live their life in the spotlight, and for the most part their three children are rarely ever on the red carpets.

On Thursday, May 3 however Parker made an exception for a girls night out with her 9-year-old twin daughters Tabitha Hodge and Marion Loretta Elwell. The three attended New York City Ballet’s 2018 Spring Gala where they graced the red carpet and posed for pictures together.

Prior to their arrival, the Sex and the City alum took to her Instagram to share photos of the girls getting ready, writing, Special night @nycballet and my wee dates are getting ready. X,SJ.”

Although Parker and Broderick don’t speak out too much about their home life with their children, the actress did share with PEOPLE, that despite being twins, their daughters are becoming very different people. “They have different interests,” she shared with the publication. “They’re really devoted to each other, but they’ll also say, ‘I need time away from her.’ Tabitha can play by herself for hours. Loretta always needs to be checking in. They go to different schools. That’s Tabitha’s idea.”

Parker and Broderick are also parents to 16-year-old son James Wilkie Broderick, who Parker has also gushed about in the past saying, “I’m so happy with the young man he’s becoming.”

While Parker has shared rare photos of her children on social media from time to time as for why the famous duo stay so private, she said it is important to their relationship. “The secret is, we don’t discuss it. To reporters or anybody else. That’s it! We don’t hold it up as an example and we don’t air our dirty laundry.” 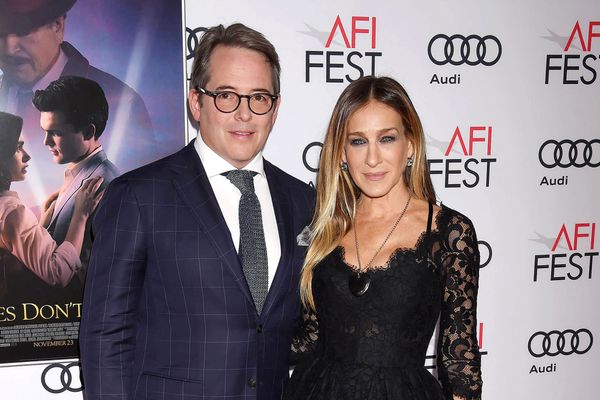