Viewers of the Saved By The Bell revival were not impressed with the show’s comments about Selena Gomez’s 2017 kidney transplant.

The pop star’s fans jumped to her defense and called out the show’s insensitive comments about Gomez’s real-life kidney transplant in 2017. The revival’s sixth episode, titled “Teen-Line,” included two scenes where Selena’s surgery was mentioned at Bayside High.

In one instance, two students argue over who Selena’s transplant donor was. “I know for a fact that Selena Gomez’s kidney donor was Justin Bieber’s mom,” one character states. “God I wish that I had my phone so I could prove it.”

“Prove what? That you’re an idiot,” the other character quipped. “It was Demi Lovato’s kidney. They’re best friends… like you and I were.”

In reality, Selena Gomez revealed in 2017 that it was her friend Grown-ish actress Francia Raisa who donated her kidney.

In a secondary scene from the same episode, one of the school walls has a message written in black graffiti about Selena’s surgery. The text reads, “Does Selena Gomez even have a kidney?”

Following the episode, fans took to Twitter to defend Selena and express their outrage over the insensitive comments on Saved By The Bell. “Respect Selena Gomez” was trending on Twitter on Saturday.

One user shared, “Selena has been through so much in her life, with [sic] kidney transplant, constant battle with lupus, and her struggle with bipolar disorder. It makes me sick how some people think it’s funny to joke about a disease.”

Following the backlash, Peacock, UTV and executive producers issued an apology. “We apologize. It was never our intention to make light of Selena’s health,” the statement read. “We have been in touch with her team and will be making a donation to her charity, The Selena Gomez Fund for Lupus Research at USC.” 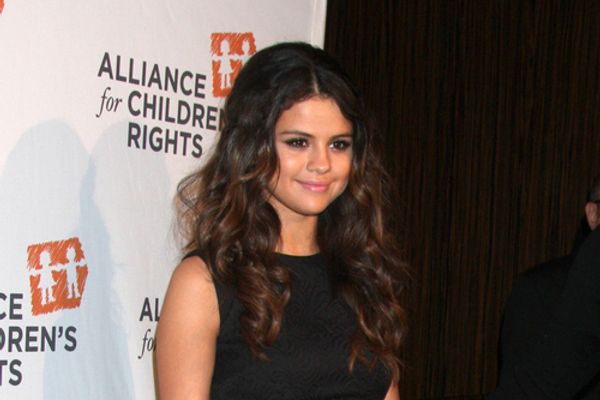