Scarlett Johansson knows how to be pregnant in style.

At the Captain America: Winter Soldier premiere last night, the 29 year-old star debuted her baby bump, and she looked fantastic.

Scarlett did not speak publicly about her pregnancy or make an official announcement, but fellow cast members shared their excitement for her.

And don’t worry, Avengers fans. Scarlett says that nothing will delay the shooting of Avengers: Age of Ultron. “We’re full steam ahead. We start shooting in three weeks and I’m stunt training and we’re good to go,” she told The Huffington Post.

She continued, understanding that the interviewer was really talking about her pregnancy. “You know, I think it’s something that is [laughing] hard to talk about, exactly. You know, trying to skirt around your question exactly [laughs] — and, you know, doing a poor job of it. But, you know, like I said, everything is exactly on schedule […] [Laughs] Everything is going just fine. The Black Widow always wins and will continue to.” 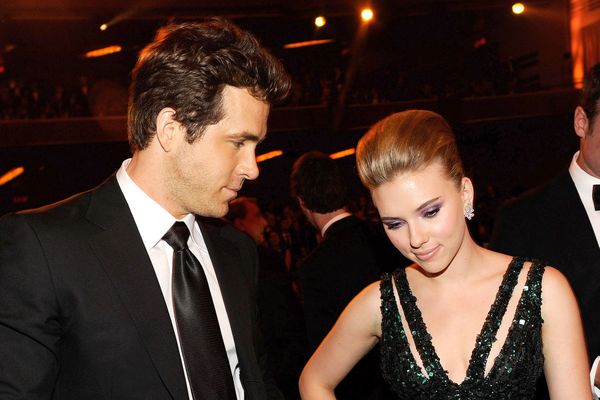