Sean Connery’s wife Micheline Roquebrune is opening up about her husband’s passing and his final days.

Roquebrune revealed that Connery had been struggling with dementia leading up until his death. “It was no life for him,” the French-Moroccan artist told the Mail on Sunday. “It took its toll on him,” she said. “He was not able to express himself latterly.”

Roquebrune continued to share that Connery “got his final wish to slip away without any fuss.”

“At least he died in his sleep and it was just so peaceful. I was with him all the time and he just slipped away,” she said. “It was what he wanted.”

The late James Bond actor reportedly passed while staying in the Bahamas, but a definite cause of death was not given. “His wife Micheline and his two sons, Jason and Stephane have confirmed that he died peacefully in his sleep surrounded by family,” a rep for the actor previously told PEOPLE. “There will be a private ceremony followed by a memorial yet to be planned once the virus has ended.”

Connery’s son Jason also confirmed his father’s passing to the BBC, adding that the icon was “unwell for some time.”

Jason’s longtime partner Fiona Ufton shared one of the last public images of Connery from last August on his 89th birthday. The heartwarming family photo showed Jason, Fiona, and his beloved father. In the photo, Connery playfully looked away from the camera with a smile on his face holding up his index finger.

Check out the sweet image below: 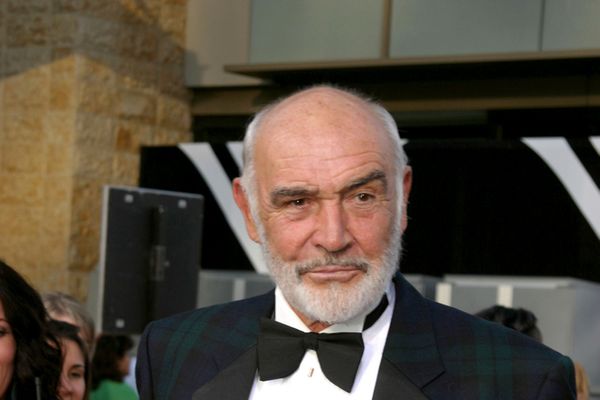 12 Celebrities Who Disappeared From Hollywood