Mark Wahlberg just shared a new official trailer for the much anticipated Entourage feature film and not only is the original gang all back for the movie, there are a ton of other famous faces making an appearance.

Things have gotten bigger and better this time around as Jeremy Piven’s character Ari announces, “The next level is coming.”

The movie picks up where the series ended in 2011 but this time Ari Gold is studio head and he wants Vince (Adrien Grenier) to star in his first film, but Vince has one stipulation – he wants to direct- which Turtle (Jerry Ferrara) asks, “Does he even know how to direct?”

While that seems to be the premise of the film – with Vince going over budget – other story lines include E (Kevin Connolly) and Sloan (Emmanuelle Chriqui) welcoming a child and Turtle doing everything he can to get a date with star UFC fighter Ronda Rousey, which includes him getting into the ring with her.

As if the fan base wasn’t big enough already,  the trailer also points out the unbelievable number of celebrities you can expect to see including Tom Brady, Russell Wilson, Jessica Alba, Calvin Harris and Liam Neeson just to name a few, and of course Mark Wahlberg himself shows up.

With the trailer coming out months ahead of the film’s June 5 release date, Adrian Grenier is already assuring fans it is “worth the wait.”

“I would almost give a money-back guarantee. If anybody doesn’t like this movie, they can Tweet me, and I will consider giving them their money back… if they can give me a reason that I think is legitimate,” he told People magazine.

Watch the star-studded trailer below! 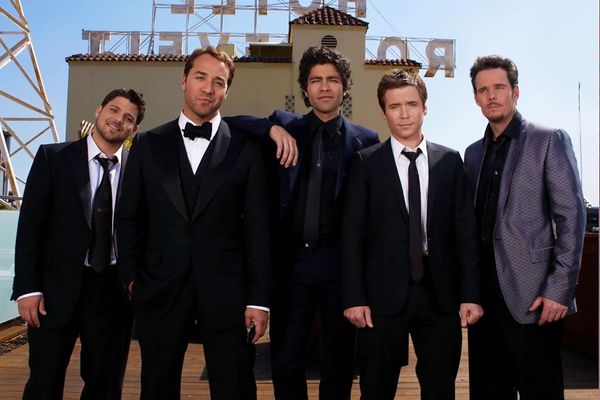 Cast Of Entourage: Where Are They Now?