Selling Sunset’s Chrishell Stause Was Considered For The Bachelorette

Before she made a name for herself on Selling Sunset and Dancing With The Stars, Chrishell Stause was considered to take on the role of The Bachelorette over a decade ago!

Robert Mills, ABC’s Senior Vice President of Alternative Series, Specials and Late Night Programming, appeared on Nick Viall’s podcast, The Viall Files, and opened up about the situation. Mills revealed that he once had lunch with Stause to discuss her potentially filling the spot as the upcoming Bachelorette.

“I actually had lunch with Chrishell — this was about 10 or 11 years ago — to talk about being the Bachelorette,” he told Viall on Wednesday. Mills explained that the network was looking to do a new season of The Bachelorette for their summer programming. At the time, seasons of The Bachelor and Bachelorette didn’t alternate as they do now, he explained.

“There was a time when Bachelorette was sort of done just, like, every so often when they decided to do it,” he said, estimating that there were about “four Bachelors for every one Bachelorette.”

A casting director recommended Stause, an actress who starred on All My Children at the time, for the role. “We had this incredible lunch, I think it was at the Beverly Hills Hotel, and she was awesome. And I was convinced. I’m like, ‘This is the Bachelorette,'” Mills said.

At the time there was a big push for DeAnna Pappas to take the role, however, since she was one of the two women sent home by Brad Womack during the season 11 finale of The Bachelor. “I remember Ellen DeGeneres actually calling the president of ABC at the time saying, ‘This woman needs to be the Bachelorette,'” Mills said. “This was before we even said we were going to do a Bachelorette. And, at that point, it’s like, ‘Well how do we not do that?'”

While Stause missed out on the chance to be The Bachelorette, she did get an amazing career opportunity in recent years on the reality show Selling Sunset and is currently competing on Dancing with the Stars. 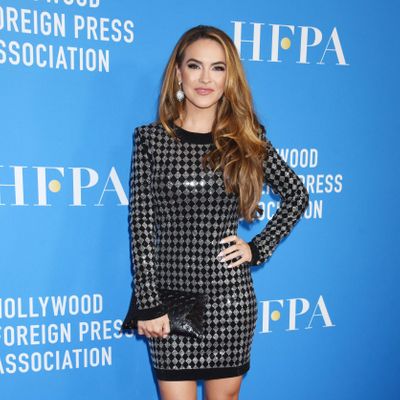