Shakira’s kids are too cute!

Gerard Pique, the singer’s soccer star fiance, shared some adorable photos of their children on Instagram his week.

In the pic, Gerard is snuggling up with Sasha (4 months) and Milan Piqué Mebarak (2). Milan is looking right at the camera, while Sasha seems a bit more clueless that his photo is being taken (in the most adorable way).

“Els meus dos mites,” Gerard wrote as a caption, which translates from Catalan as “my two myths.”

Shakira and Gerard began dating in 2010, after Shakira performed at The World Cup. They welcomed Milan three years later.

Since they have such a beautiful family, Shakira is in no hurry to get married. “We already have what’s essential, you know? We have a union, a love for each other, and a baby. I think that those aspects of our relationship are already established, and marriage is not going to change them,” she told Glam Belleza Latina magazine last summer. “But if I’m ever going to get married, he’s the one.”

“I just don’t find marriage a necessary step in a couple’s life,” she told Latina magazine a few months earlier. “But are you kidding me? I would marry [Gerard] in a second. We’re just living other moments right now, like having Milan. The last thing we can think of is planning a wedding. Before we finish elaborating on that thought we have to change the next diaper.” 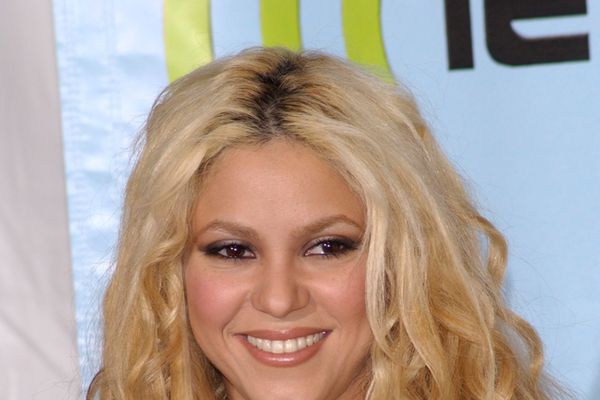