Three years after revealing she had gone into remission, Beverly Hills, 90210 alum Shannen Doherty sat down for an interview with ABC News to reveal a tragic health update.

“It’s going to come out in a matter of days or a week that I have stage 4,” she shared. “So my cancer came back and that’s why I’m here.”

Doherty was diagnosed with breast cancer in 2015.

The 48-year-old actress said she has been secretly battling breast cancer for more than a year, keeping the diagnosis to herself while filming the BH90210 reboot.

“I don’t think that I’ve processed it,” Doherty explained. “It’s a bitter pill to swallow in a lot of ways. I definitely have days where I say, ‘Why me?’ And then I go, ‘Well why not me? Who else? Who else besides me deserves this?’ None of us do. I would say that my first reaction is always concern about how am I going to tell my mom, my husband.”

The actress’ decision to break her silence for the first time comes in the midst of an ongoing lawsuit with insurance company State Farm, who Doherty is suing for damage done to her home in 2018 Los Angeles wildfires. Court documents, which will also detail her health, are planned to be released later this week.

According to Doherty, State Farm should have paid for more of the damages, but instead, she had to cover it at her own expense. “You walked into the house and it just reeked of smoke,” she said. “I tried, I communicated with my insurance company. I called, I got passed around from claims adjuster to claims adjuster. I ended up suing State Farm. The result has been one of the most horrific processes I have ever been through.”

In a statement to ABC News, State Farm said, “We empathize with Ms. Doherty’s health issues and wish her a full recovery. We strongly believe we have upheld our commitment to our customer and have paid what we owe not his claim.”

While Doherty admitted she is scared of what her diagnosis might mean for her future she also said she wants to continue to fight, both personally and through her lawsuit. “I want to make an impact,” Doherty said “I can that impact through this lawsuit and by saying enough is enough with big business and corporations running the little person over. It’s not fair and I’m taking a stand for all of us. I want to be remembered for something bigger than just me.” 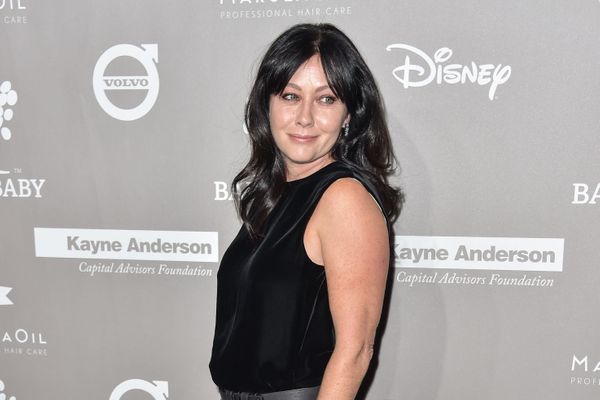