Shay Mitchell Opens Up About Life After ‘Pretty Little Liars’

As the hit teen drama Pretty Little Liars comes to a close on Tuesday June 27, Shay Mitchell has opened up about her bittersweet feelings toward the show’s conclusion.

Canadian-born Mitchell starred as Emily Fields for the run of the show and reveals she is both heartbroken and excited about Pretty Little Liars ending. “The pro of this new chapter is that when you’re not comfortable, you’re growing,” Mitchell told Us Weekly. “It’s exciting, the unknown. I love being in that unknown in my life.”

The star also revealed the mega downside of leaving the show by stating, “The negative part is not being able to see my cast and crew every day. I miss them so much, they’re my second family. That’s 100 percent the con of it.”

Her costars, Lucy Hale, Ashley Benson, Troian Bellisaro and Sasha Pieterse grew to be extremely close on the set of the show and have filmed together since 2010. When the cast of the show filmed their final episode, Mitchell posted an emotional tribute to her time on set in the form of a video letter to her costars which she shared on YouTube. When asked in 2016 if the Pretty Little Liars crew are as close in real life as they are on the show, Mitchell revealed, “We’ll all go and have a bottle of wine together. We tend to do that a lot at each other’s houses. I think it’s also nice when we check out new restaurants together too. It’s just about sharing a good meal.” 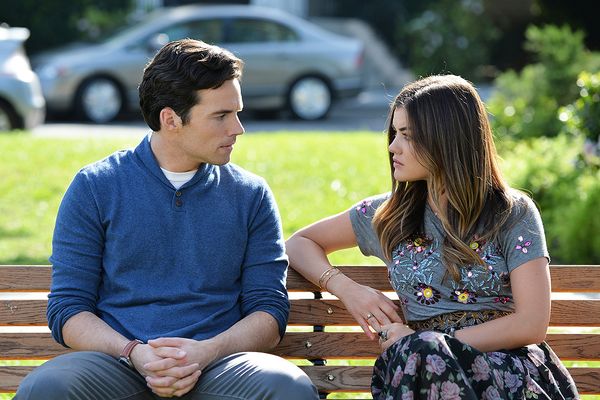