Page starred as Simon Basset, the Duke of Hastings, in season 1 of the series, and following the show’s conclusion, it was revealed that the later seasons would not feature his character. Fans were instantly in uproar expressing their sadness over this decision, especially knowing they wouldn’t see anymore of the steamy relationship between Simon and Phoebe Dynevor’s Daphne Bridgerton.

Rhimes recently opened up about the situation and shared her thoughts with Variety. “I don’t think I expected everybody to have such a reaction to it,” she explained. “My assumption of what people knew of romance novels was … I overestimated a great deal.”

“People’s attachment to couples is real — I mean, I know that better than anybody,” Rhimes continued. “And I think that means success. But I do understand their despair.

“When asked if there’s a chance that he may return to later seasons, Rhimes revealed that she doesn’t think so. “And here’s why,” she said. “He’s an enormous star now. As I like to say, the idea that we would write Regé to stand around in the background doesn’t make any sense at all to me. ‘What would he do?’ is what I like to say.”

She also added that once “everybody lost their minds” following Page’s departure, he was invited back to the show, but he respectfully declined the offer. “Rightfully, he said, ‘I signed up to do this one lovely story, this closed-ended storyline. I’m good!'” she recalled. “And I don’t blame him for that. I think that he was really smart to leave the perfection as the perfection.” 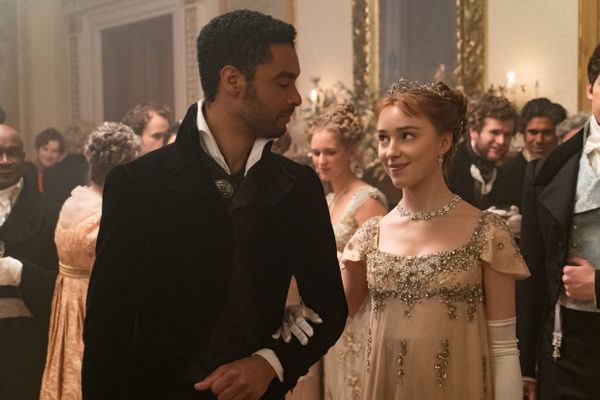