Sienna Miller is normallly a blonde bombshell — but she’s looking different these days!

The 32 year-old actress and model was spotted with brown locks and rather conservative clothing, but for good reason: she’s shooting a new film called American Sniper, which is directed by Clint Eastwood.

In the film, which tells the tale of the best sniper in U.S. military history, Sienna plays the wife of the lead character (who is played by Hollywood hunk Bradley Cooper).

Sienna was spotted hanging out in casual clothes near her trailer and also in a tailored dress getting her makeup done for the role. Check out the video to see what she looks like as a brunette!

Sienna took a year off from her movie career when she had her daughter, Marlowe — but now she’s back in a big way. In addition to American Sniper, you’ll soon be able to see her in Foxcatcher, a drama with Channing Tatum and Steve Carrell, Business Trip, a comedy with Vince Vaughn, and Mississippi Grind, a gritty indie.

She’s thankful for the career resurgence, because she says she burned a bridges and sabotaged things in Hollywood.  “On set, I was first to arrive, last to leave, best friends with the crew, totally professional, no d—ing around,” she explained to Esquire in January. “But when I wasn’t at work, I wasn’t behaving the way you should. I’m very lucky to have a second chance in that town.”

Check Out The Video To See Sienna’s New Look! 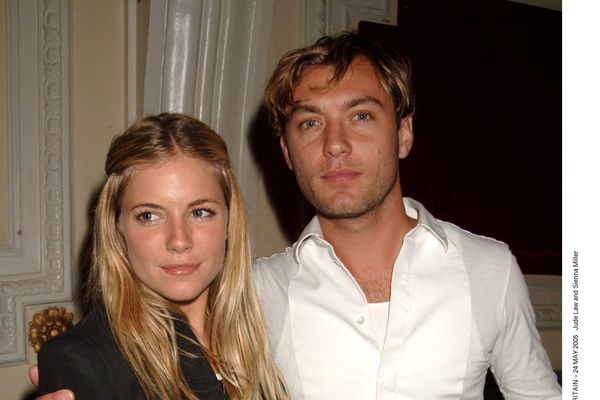