This year the pop superstar won in the Best Pop Album category. While Swift did not attend the awards show in person, she did record a video message to express her gratitude. “Thank you so much to the fans,” Swift said. “This is such an amazing honor, the fact that you would do this for Evermore. I’ve always been so proud of this album. I’ve always looked at Evermore as sort of Folklore‘s adventurous, fun younger sister.”

Swift surprised her fans earlier this year with two albums. She dropped this particular album, Evermore, in December 2020, which was just five months after she surprised fans with Folklore. Swift was also nominated in two other categories at this year’s AMAs: Favorite Female Pop Artist, which she won before the broadcast began, and Artist of the Year.

Aside from her AMA win, Swift has been incredibly busy in recent weeks with the drop of her rereleased album, Red. She had many surprises for her fans to go along with this release which included several never-heard-before tracks from “the vault,” a 10-minute version of her beloved song All Too Well, a short film, and a music video to I Bet You Think About Me which she collaborated on with friend Blake Lively. 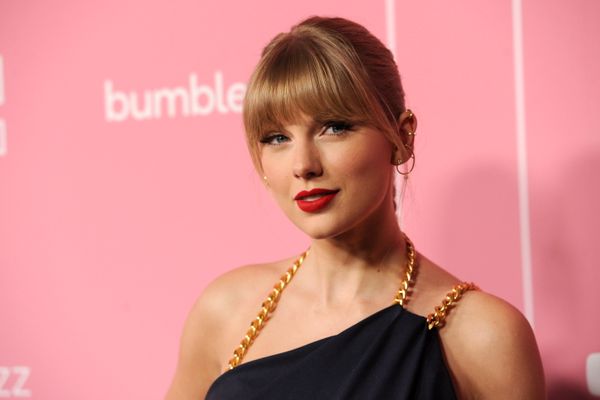 Taylor Swift Quiz: How Well Do You Actually Know Her?