Taylor Swift’s sexual assault trial has officially reached a close after a four year battle. The jury ruled in Swift’s favor and ordered the offender DJ David Mueller to pay his due of a symbolic $1 to the pop star.

Swift remained aloof during the trial proceedings but broke her silence in a statement to Us Weekly following the result. “I want to thank Judge William J. Martinez and the jury for their careful consideration, my attorneys Doug Baldridge, Danielle Foley, Jay Schaudies and Katie Wright for fighting for me and anyone who feels silenced by a sexual assault, and especially anyone who offered their support throughout this four-year ordeal and two-year long trial process,” the statement read.

“I acknowledge the privilege that I benefit from in life, in society and in my ability to shoulder the enormous cost of defending myself in a trial like this. My hope is to help those whose voices should also be heard. Therefore, I will be making donations in the near future to multiple organizations that help sexual assault victims defend themselves.”

Back in June 2013, Swift accused Mueller of groping her at a meet-and-greet in Denver which allegedly caused him to be fired. The DJ did not go down lightly and sued Swift for $3 million in damages for losing his job over a claimed assault and ruining his reputation. Swift counter sued for a symbolic $1 as her attempt to be a voice to victims of sexual assault.

After the verdict was announced, Swift hugged her mother and broke down in tears. According to an Us Weekly courtroom reporter, Swift took a deep breath and whispered “thank you” to fans. 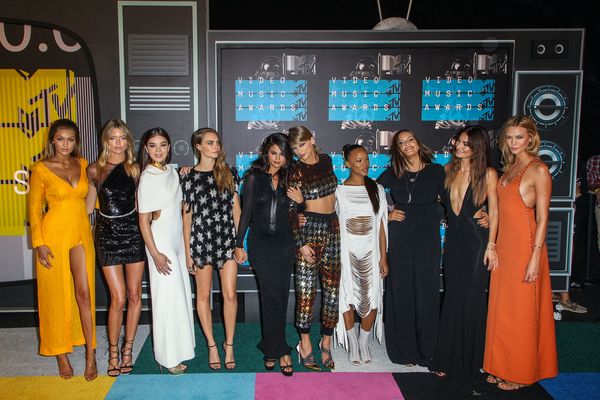