The second episode of the new season of Teen Mom 2 aired last night and definitely had it’s fair share of baby drama. Kailyn Lowry’s friend accidentally shared that the star was pregnant, while Briana DeJesus found out her boyfriend had been unfaithful and considers putting her baby up for adoption. Follow along for 5 of the biggest moments from this week’s episode of Teen Mom 2:

Kailyn Lowry seemed irritable and unhappy the entire duration of the episode. She continuously picked fights with her ex-husband and also revealed that her current romance had ended. Kailyn decided to FaceTime a friend for some much needed girl talk, but when the friend joked about her being “so pregnant,” Kailyn froze up and uncomfortably whispered, “I’m filming.”

On the other hand, Chelsea Houska is loving the new mom life with baby Watson! Houska and Cole DeBoer seem happier than ever as a couple and spent a lot of the episode admiring their new son. Although tensions rose when daughter Aubrey threw a tantrum out of jealousy of the new baby, which in turn caused Houska and DeBoer to argue, the fight didn’t seem too serious and the couple was able to move on.

Leah Calvert continued with her schooling this episode but she seemed to find it difficult to spend significant amounts of time away from her children. Her daughters, however, seem to cling on to their father and Leah desperately stood up for herself by responding, “That’s not being nice to me. I care about you and I want to hear about what you do, and you should do the same for Mommy.”

Jenelle Evans admit she doesn’t trust her ex, Nathan Griffith, to take care of their son Kaiser due to his alleged struggles with alcohol abuse. Evans changed the custody agreement so Griffith can only see their son every other weekend when he is supervised. “Brat got everything she wants, like always,” Griffith mumbled hastily after the agreement was approved.

Briana DeJesus discovered her boyfriend Luis was cheating on her this episode and it was clear she was devastated after realizing what this might mean for their new baby. DeJesus admit she was debating giving the baby up for adoption in hopes that her second child would not be brought up without a father the way her first child was, but Luis refused.

We all know now that Lowry is pregnant, but whether or not DeJesus decides to put her baby up for adoption, we’ll just have to find out on next week’s episode of Teen Mom 2 airing on MTV next Monday at 9 p.m. 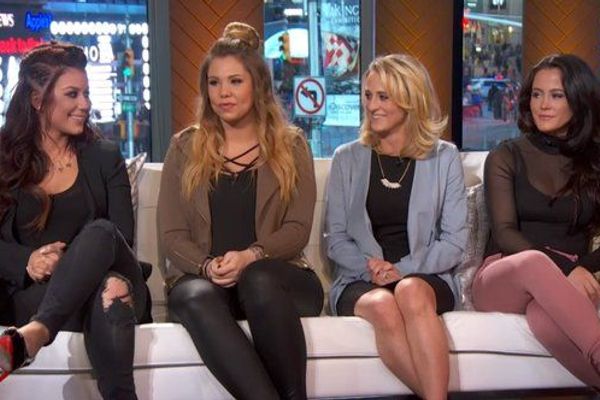