Briana DeJesus, who starred on the MTV hit Teen Mom 3, has confirmed she will be joining a different Teen Mom series!

It was revealed on the Teen Mom: OG after show on June 5 that DeJesus would join the cast of Teen Mom 2 for its eighth season. She will be joining series regulars Kailyn Lowry, Leah Messer, Chelsea Houska and Jenelle Evans. When asked how she feels to be returning to the show DeJesus admitted, “It’s a little nerve-racking… None of it has hit me yet.”

DeJesus also addressed her relationship with ex-boyfriend Devon and claimed they only speak when the matter concerns their daughter Nova. “He’s not the best father he should be to Nova,” she confessed. Despite this, the Teen Mom star also revealed her biggest regret while being on the show was fighting with Devon. “[Nova’s] 5, and she can watch back. She can see now. That’s my number one regret. I was so naive, so caught up, so stupid. Now, I’ve learned better,” she admitted.

Although her relationship with Devon may be over, the drama seems to continue for DeJesus. The star is currently pregnant with her second child and the father seems to be just as absent as Devon was. In a sneak peak clip from the new season of Teen Mom 2, DeJesus admitted a shocking secret to her mother and sister that Luis had been cheating on her the whole time. “So, I don’t know what I’m going to do,” Dejesus said through her tears.

Meanwhile, the series’ four original stars were rumored to be less than thrilled about the addition of DeJesus when the rumors first flew months ago, and while most have not commented on the Teen Mom 3 star joining Teen Mom 2, Kailyn Lowry did have a comment. When a fan took to Twitter to ask, “Does this mean the girls are gonna get shorter story time or are they extending the time of the show,” Lowry replied, “We will get shorter time. Around 5 mins each.”

We’ll just have to wait until the Teen Mom 2 season 8 premiere to find out more!

God, was today such a hectic day. I had about a million break downs but I’m glad I was able to spend my 23rd birthday celebrating my daughters baby shower and pulling this off! Thank you for everyone who came out of their way to make it special for me. I feel so huge and I am so uncomfortable in my skin but that only means that the time is coming! Stella, you will be loved and everybody can’t wait to meet you! 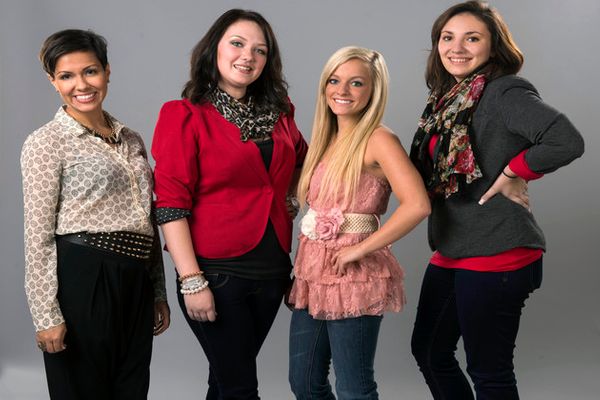