Katie Thurston’s season of The Bachelorette has just begun and already fans are picking favorites. While many are already guessing who will be making it to Katie’s final four, spoiler king Reality Steve already knows who wins!

So far Katie’s season has been very open and emotional, and there are many great contestants, but fans will be thrown for a loop when they find out who wins because as it turns out, he hasn’t even been on the season yet. If you love the surprise, turn back now, but if you want the biggest spoiler of the season, keep reading to find out who takes Katie’s heart on the 17th season of The Bachelorette.

Very early on in the season, Reality Steve already revealed who Katie’s final four will be. He took to Twitter to reveal that Justin Glaze, Andrew Spencer, Greg Grippo, and Blake Moynes are Katie’s final four men. For those who have been watching, they already know that Blake Moynes, who first appeared on Clare Crawley’s season fell for her, then fell for Tayshia when Clare left early for Dale Moss — and now it turns out falls really hard for Katie because he is her final pick! After joining the season a little later thanks to his ex (and new Bachelorette host) Tayshia Adams, it seems Blake and Katie really hit off because Reality Steve has revealed not only does Katie choose Blake — they do get engaged!

“Now, the thing I’m unsure of as of this moment is HOW we get to that point. I don’t know how the final 4 shakes out just yet in terms of who goes home when, so that’s the next thing I’m trying to find out. Who knows when that’ll come. Katie being the most social media active lead we’ve ever had clearly will know after today what is being reported, and who knows, maybe she’ll start screwing with people online because that’s what she does. Whatever the case, she’s with Blake, and they’re engaged. The end,” Reality Steve shared of the major spoiler. 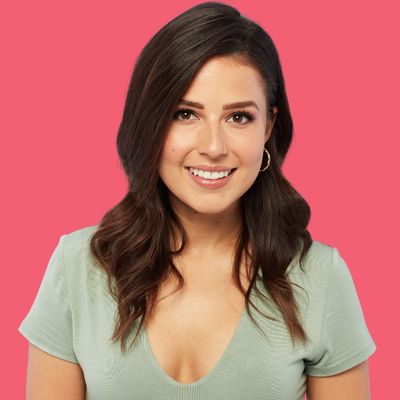