It has now been over a month since longtime Criminal Minds star Thomas Gibson was fired from the series following an altercation with one of the show’s writers on-set, and he is finally sharing his side of the story.

“I feel like it took years to make a good reputation and a minute to damage it,” the 54-year-old actor told People magazine. He went on to comment on the actual incident between himself and writer Virgil Williams which occurred on July 26.

“We were shooting a scene late one night when I went to Virgil and told him there was a line that I though contradicted an earlier line. He said, ‘Sorry, it’s necessary, and I absolutely have to have it.'” According to Gibson he then went back to the set and told some castmates about Williams’ response when Williams entered the room and tempers flared.

“He came into that room and started coming towards me. As he brushed past me, my foot came up and tapped him on the leg. If I hadn’t moved, he would have run into me. We had some choice words, for which I apologized the next day, and that was it. It was over. We shot the scene, I went home – and I never got to go back,” he said of his recollection of the incident. Afterwards, Gibson was suspended for two weeks before he was finally informed that he had been fired.

“It seem like they’re trying to erase me from the show. That hurts. But I’m using this time to be with my kids, and I look forward to what’s next. Maybe I’ll do a comedy, or a play, or direct, or produce,” he added. Gibson will appear in the first two episodes of season 12 of Criminal Minds as Aaron Hotchner, but CBS has not released any details on how his character’s exit will be addressed. 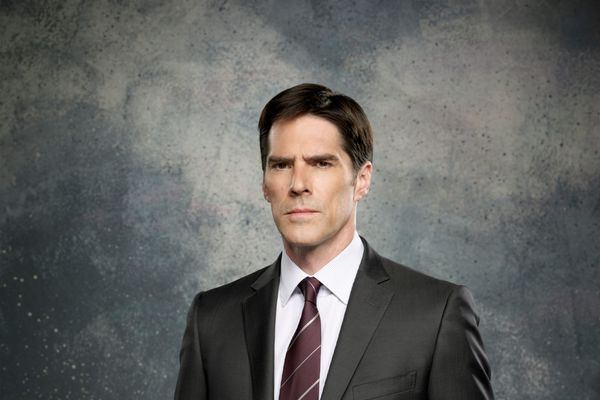