Actress Tiffani Thiessen, 40, and her husband Brady Smith are happy to announce that they are going to become a family of four!

On Thursday January 15, Thiessen posted her exciting announcement on Instagram with a picture of her and her husband with their 4 1/2 year old daughter Harper Renn in the middle along with the caption, “We are excited to announce the news that we are expecting. Harper could not be more thrilled to have a sibling and a playmate. Photo by @elizabethmessina.”

The Saved By The Bell alum recently revealed that she and her husband couldn’t wait to have another baby and surprisingly enough it was her daughter, Harper, who was putting the most pressure on.

“We could not be more excited about extending our family. Harper is beyond thrilled to have a playmate!,” she told People magazine.

“Every day she begs me to have a baby. Every morning she wakes up and says, ‘Is there a baby in your belly?’ She thinks it grows overnight while we’re sleeping. Then she looks at me and says, ‘You’re not growing a baby, Mommy!'”

Luckily Thiessen will have more time on her hands for two young children not that her hit USA TV show White Collar officially ended on Thursday November 6, 2014 after a six season run. 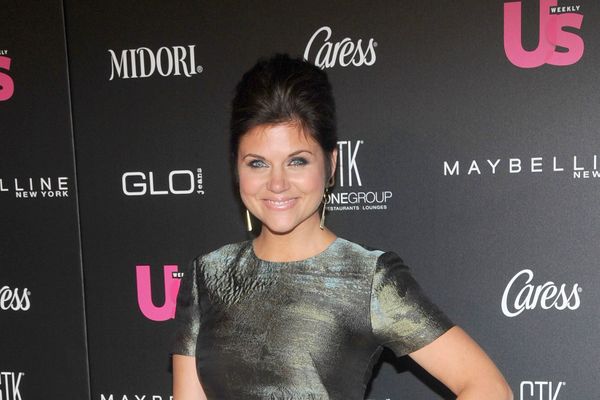