Tori Spelling just let some big news slip, but she didn’t know it was a secret!

The actress who starred in the iconic teen drama Beverly Hills, 90201 confirmed that a series reboot is in the works when she talked with Access on Friday, February 1. After opening up about the news to surprise, she added, “did I just confirm something that wasn’t known.”

“We were having coffee in between meetings with networks,” Spelling, 45, explained about a recent paparazzi photo of the cast. “It’s confirmed. We’re doing a new 90210.”

She went on to explain that if it is picked up, the revival will bring “the OG crew back together and we’re playing heightened versions of ourselves. The fans will be pleasantly surprised, though, because we will intercut that with scenes from the show. So it’ll be a whole ensemble cast playing a heightened version of themselves. Almost everybody.”

Apparently the majority of the cast will be returning for the revival and even though Luke Perry who starred as Dylan McKay is currently starring as Fred Andrews on Riverdale, he “will do as many episodes as he can do.”

The original series ran for 10 seasons between 1990 and 2000. It starred Spelling, Garth, Priestley, Doherty, and Perry as students at the posh West Beverly Hills High School in Los Angeles. The CW rebooted the series back in 2008 with the new series 90210 but it only ran for five seasons until ending in 2013. 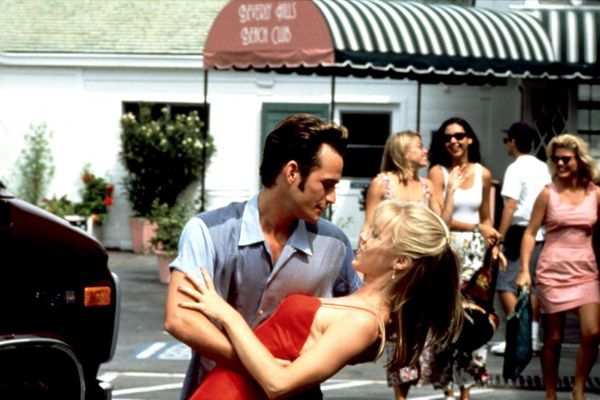