Tori Spelling. 41, confirmed that her husband, Dean McDermott, 48, will be leaving her reality show, True Tori, while on The Meredith Vieira Show on Wednesday November 26.

By now fans have gotten used to the high level of drama that revolves around Tori and her relationship with Dean as she allows everything to be played out on the show, even the aftermath of his shocking affair.

Meredith asked Tori, “Do you ever think that you reveal too much?” and yet again Tori thought she did not, stating, “I don’t. Because if everything hadn’t been made as public as it was, I would’ve chosen to deal with this privately with my husband.”

She went on to clarify that she was speaking specifically about Dean cheating on her, “We’re talking about the affair that my husband had almost a year ago. I chose to deal with it because it was my journey, it was my truth. Women everywhere go through this and I wanted to put it out there.”

While Tori repeatedly states that she likes having her life on public display and even finds it therapeutic, Dean does not feel the same way, especially as he receives the backlash for being a cheater.

He made that clear when he told Access Hollywood on November 5 in his own interview stating, “I can’t do this anymore. I can’t keep opening a vein, opening my soul and sharing my feelings and thoughts and demons with the world.”

When Tori was asked if Dean was actually quitting the show she stated, “That’s true,” but carried on to say she has no intentions of ending the show, “For me, you know, it’s True Tori. I have a lot more to tell. I have four children, I’m a mom, I’m a woman, and I want to go on.”

One of the reasons for Tori’s dedication to the show may be from all of the financial difficulty that the family has faced lately and the show is their only major source of income meaning Tori has to go on. 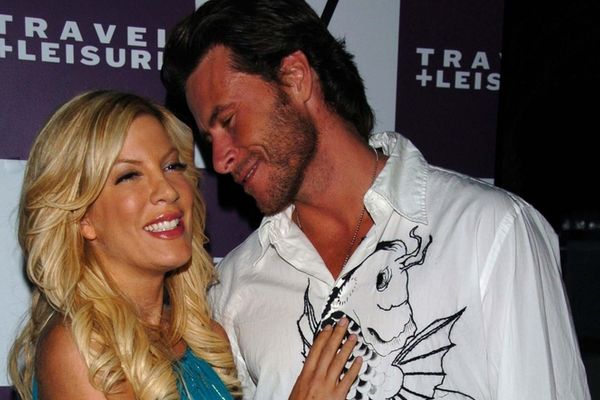