Looks like Tyga and Kylie Jenner could be on the rocks yet again if there is any truth to the reports that Tyga, 26, cheated on her with Brazilian model Annalu Cardoso.

A source spoke to Us Weekly stating that Tyga and Cardoso, 23, met during a shoot for one of his music videos and she later appeared on his show Kingin’ With Tyga. “Tyga is very careful and waits until Kylie is out of the country,” a source stated of when Tyga seemingly makes his move on other women, including Cardoso.

Although Tyga and Jenner, 18, have been together for awhile, they didn’t go public with their relationship until the moment she turned 18 in August 2015. However the source stated Cardoso and Tyga began texting around December 2014. “He would text her and ask how she was doing, casual conversation. Then he started asking her to send pics and to meet up. They hooked up a couple of times, but for the most part they would just hang out.”

Tyga even allegedly brought her around his friends, “She and Tyga wouldn’t be extremely affectionate in front of them, but she could tell his friends all that they were something.” Meanwhile Cardoso apparently just assumed Tyga was single, “She never wanted to ask because he was acting like someone who didn’t have a girlfriend, so she thought those were just rumors. It didn’t feel like it was her place to ask him about Kylie and she didn’t really follow any stories on Tyga,” the source added.

Although the romance has since ended according to the insiders, it is just another bad look for the rapper and his relationship with Kylie after a brief split in November when she allegedly caught up texting another woman, and a recent report that he sent inappropriate messages to a 14 year old aspiring model and singer. 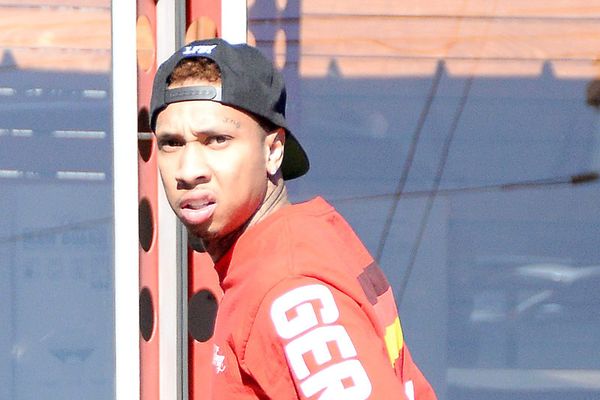