After numerous reports that the Spice Girls were forming a reunion, and maybe even planning a tour, it seems that a tour is actually not happening. The rumors began after all five original Spice Girls member got together at Geri Halliwell Horne’s house in early February to “explore some incredible opportunities,” but now Victoria Beckham is dashing hopes of new music and a tour.

“I’m not going on tour. The girls aren’t going on tour,” she told British Vogue during a preview of her brand’s autumn/winter 2018 collection.

Despite ruining hopes of a tour, Posh Spice had nothing but great things to say about getting together with the other girls again. “It was so great to see the girls. We had such a fun lunch. It was really, really, really lovely. I still speak to them all individually, but for us all to get together was really lovely,” she said.

While the 43-year-old was quick to decline the rumors, she didn’t give any details about what the ladies spoke about when they reunited. “We were just bouncing ideas around. Brainstorming,” she explained before adding, “But [fashion] is what I do.”

Following the surprise reunion at Geri Halliwell Horner’s house, the two did put out a statement:

“We have enjoyed a wonderful afternoon catching-up and reminiscing about the amazing times we have spent together,” the group said in a statement released after the gathering at Halliwell Horner‘s home.

“We are always overwhelmed at how much interest there is across the whole world for the Spice Girls. The time now feels right to explore some incredible new opportunities together. We all agree that there are many exciting possibilities that will once again embrace the original essence of the Spice Girls, while reinforcing our message of female empowerment for future generations.”

Of course, this isn’t the first time Beckham has been the one to dash any rumors of a Spice Girls reunion or tour, and when talks surfaced last year she was quick to deny them. “It is not happening. At some point you’ve gotta know when it’s time say, ‘That was great,’” Beckham said on British chat show This Morning last year. 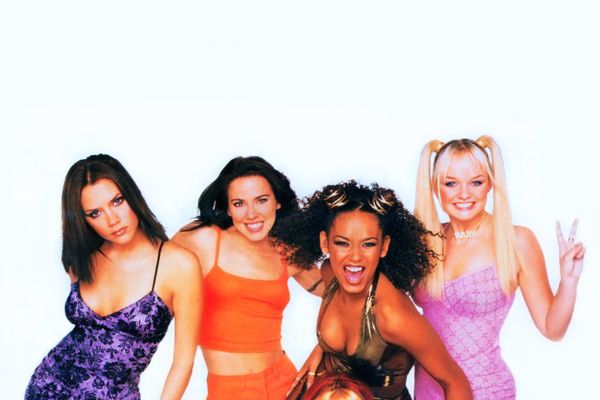