Who Does Rachel Pick On The Bachelorette Finale 2017?

This summer is flying by and so is this season of The Bachelorette! Back in May, Rachel Lindsay began her journey as the leading lady of this season and we are already only a few episodes away from the big finale.

After the Men Tell All episode, fans will hopefully have a better idea of what went wrong with some of the relationships and which ones are still really strong, but we still don’t know who she picks… or do we? Bachelorette fans probably know all about Reality Steve who serves up major spoilers for every season before they even air, and this season has been no different. For those who are just too anxious to find out who she picks, you have come to the right place! So, read on for all the details on who Rachel picks in next week’s finale!

After the overnight dates in Spain, Rachel eliminates Eric Bigger, meaning her final two are 31-year-old business owner Peter Kraus and 37-year-old chiropractor Bryan Abasolo. Both men have a lot going for them, but recently many have been worried about Bryan’s true intentions on the show, while others (including Rachel) are concerned that Peter isn’t quite as ready for marriage as Rachel is.

Despite the questions and concerns, it seems Rachel wants to be sure her man is ready for marriage and a family and chooses Bryan Abasolo! While there is always a chance Reality Steve isn’t right, this then sets Peter up as frontrunner for the next season of The Bachelor.

What do you think of Rachel’s choice? 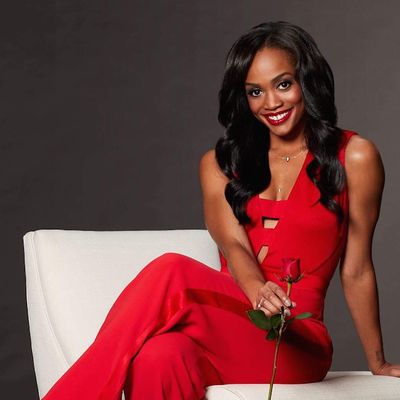