The Bold And The Beautiful (B&B) has had many classic couples over the years, but some pairings just didn’t work. While couples like Liam and Steffy and Brooke and Bill have been on and off over the years, others were just temporary blips on the B&B radar. But one thing’s for sure, none of these unions should ever be repeated. Listed below are 12 B&B couples who should never get back together.

This pairing stunned fans who found it hard to believe that Taylor would fall for Brooke’s son Rick. They got together shortly after Taylor found out the eggs she was implanted with had been donated by her rival. Taylor had a hard time bonding with her son Jack and turned to Rick for comfort. But the pairing led to the demise of Taylor’s daughter Phoebe, who went ballistic when she found out her mother was dating her ex-boyfriend. Phoebe passed away in a car crash while arguing with Rick about her mother. 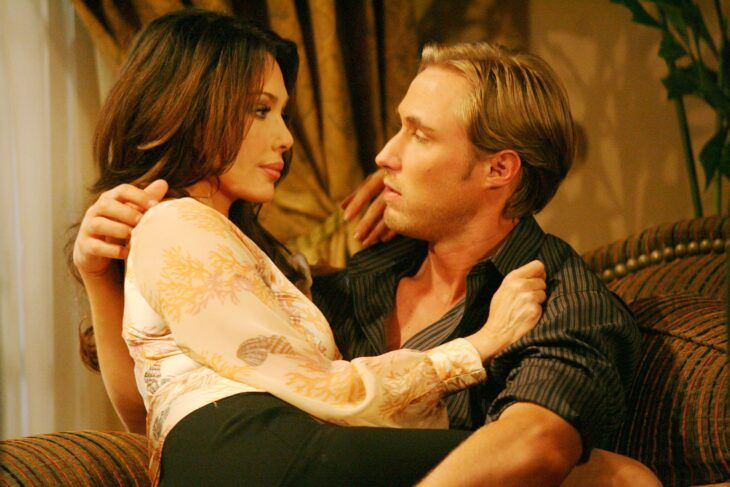 Hero Liam saved Ivy when Quinn pushed her into the Seine River in Paris. The Forresters’ Australian cousin had stars in her eyes when she gazed at him from that day forward. Liam did seem to enjoy Ivy’s company, but the entire time he was dating her, he was pining for either Hope or Steffy. If Ivy were to ever come back to Los Angeles, she would be smart to stay well away from Liam. 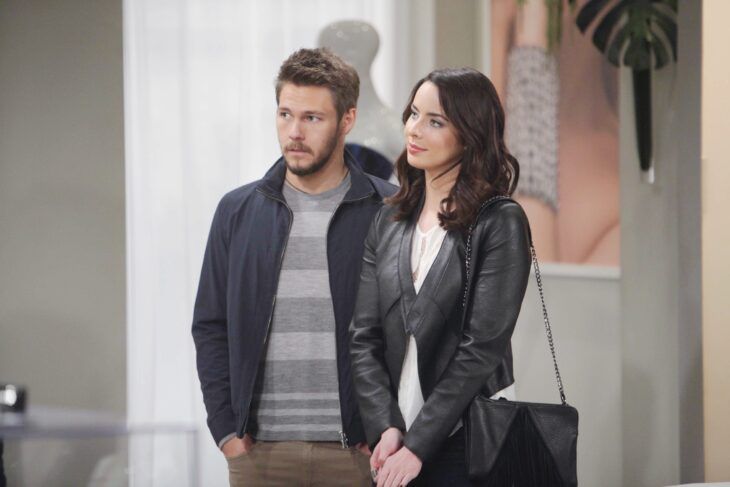 Liam acts as though Steffy is the great love of his life when Hope isn’t around. But whenever Brooke’s daughter returns to LA, Liam tosses Steffy aside like she’s a piece of chopped liver. Many fans are also sick and tired of the Triangle Of Doom and are hoping that Lope’s recent wedding and Steffy’s new man Finn will put an end to this love triangle once and for all. Although Steam used to be a popular couple, most viewers agree they should never get back together and are much better as friends, co-parenting their daughter Kelly. 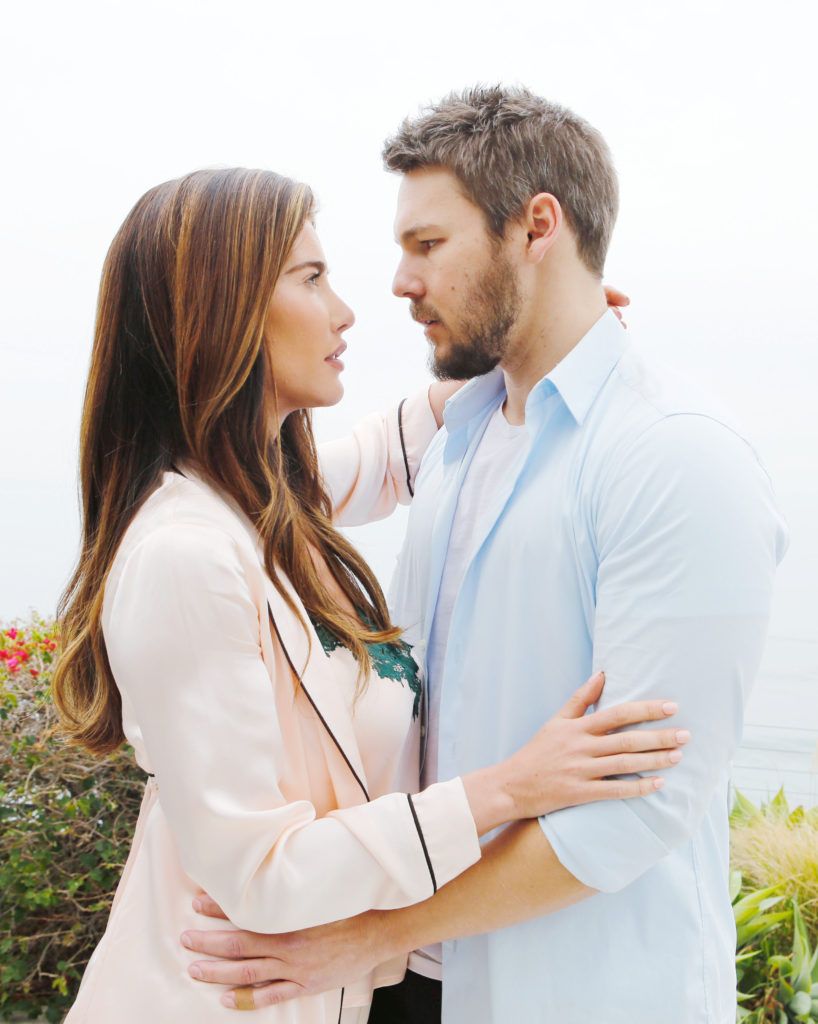 These two were popular when they were together, but Wyatt has dumped her twice now since his high school sweetheart Flo showed up in LA. The last time he ditched her, it was too much for Sally to take. She manufactured a lie that snowballed out of control, pretending she was fatally ill so she could win Wyatt back. If Wyatt and Flo ever break up again, it would be in Sally’s best interests to never reunite with him. 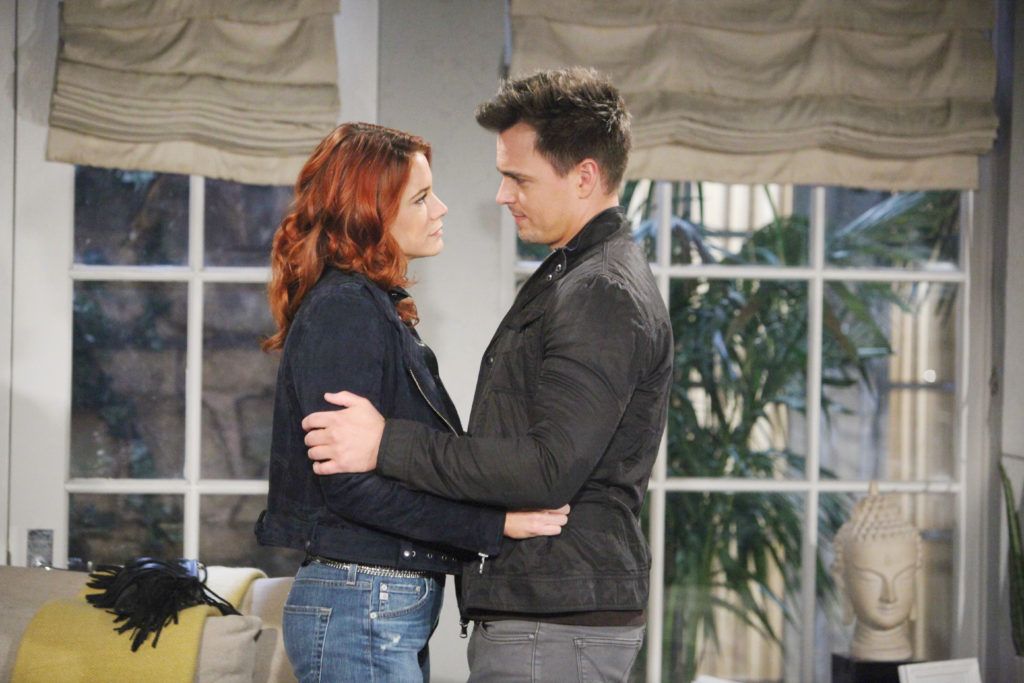 Much like how Liam views Steffy, Hope used to consider Wyatt a consolation prize, when she thought she’d lost Liam’s affections. She even married Wyatt in 2014, when Liam didn’t show up to meet her at the Eiffel Tower in Paris. However, once she found out why Liam was waylaid, instead of just moving on and trying to make her marriage with Wyatt work, she pined for his brother the entire time. Reuniting with Hope would be a huge mistake for Wyatt and would only lead to heartbreak. 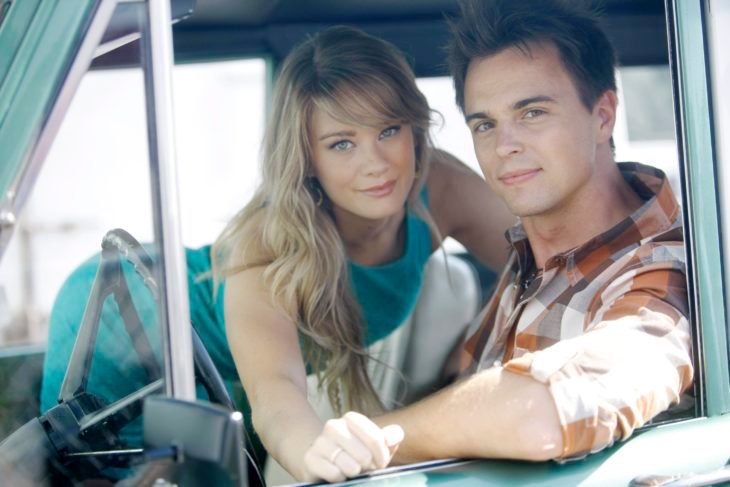 Although Steffy and Bill have an off the chart chemistry when they’re together, they are also poison to each other. Steffy always ends up miserable when she has a tryst with the Spencer magnate. The first time they were together, Bill dumped her to stay with Katie and Steffy almost drowned in her bathtub. Then when she was upset that Liam had kissed Sally, she slept with Bill, which led to the end to the worst heartaches of her life. Liam found out about it and their relationship was done for good. 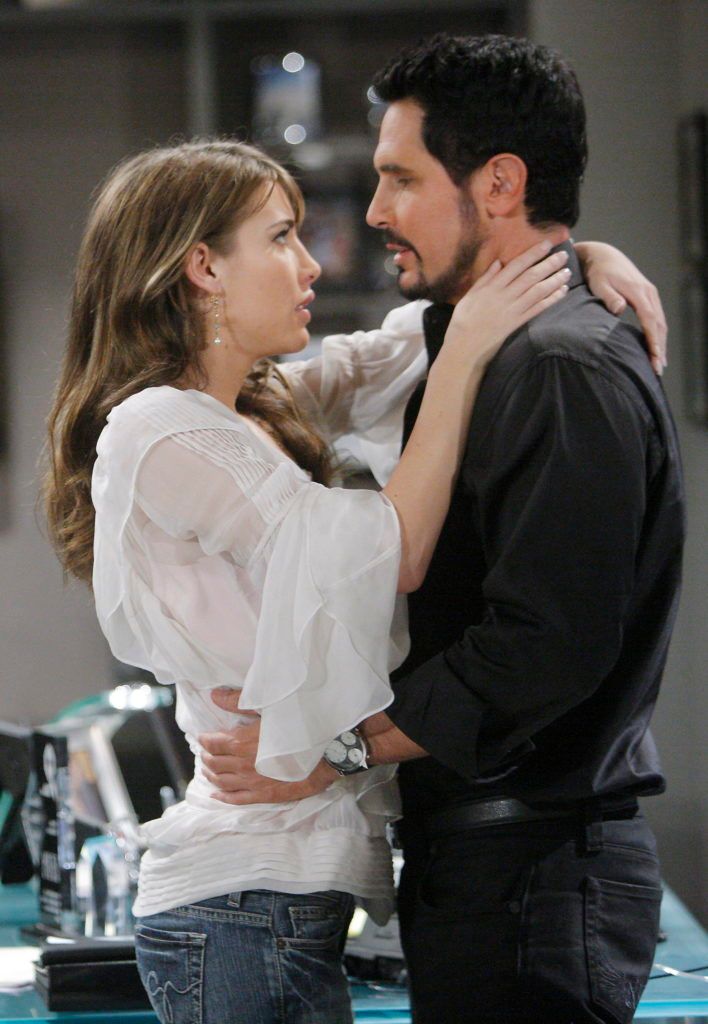 They say that love can quickly turn to hate and clearly the opposite can also be true. Quinn and Ridge hated each other’s guts, but that hatred suddenly turned into a highly charged attraction and the couple shared many stolen kisses. Quinn was married to Eric and Ridge was engaged to Brooke at the time and when Brooke found out, she broke it off with Ridge. Eric did forgive Quinn but if she ever got back together with Ridge, chances are good she would lose Eric forever. 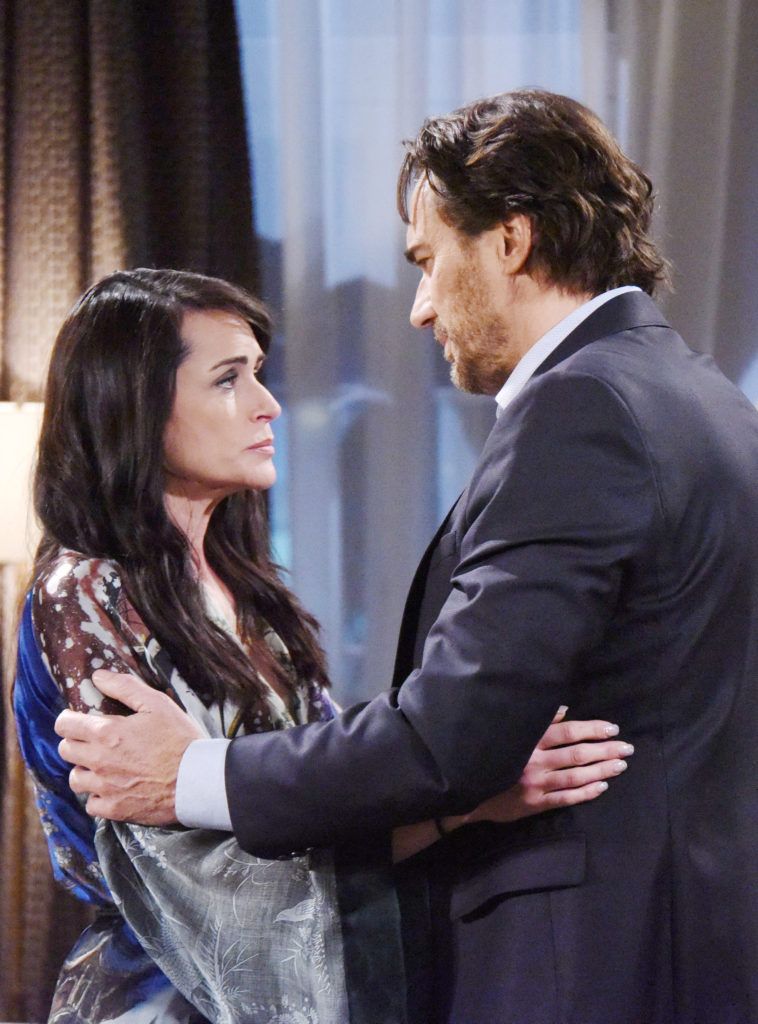 Sasha had an attraction to Zende when she first laid eyes on him but, unfortunately, he was in love with her half-sister, Nicole. Even knowing this, she still pursued him, and he fell for it. Sasha and Zende’s relationship didn’t work out, and they should never get back together because Zende’s heart has always belonged to Nicole. 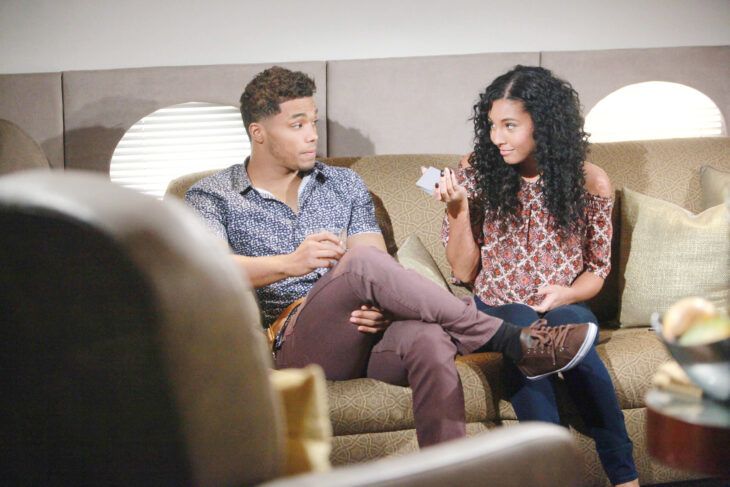 Katie seemed to rush her relationship with Thorne to secure full custody of her son Will from her ex-husband Bill. They were married only a few weeks after they started dating. Although Thatie did get along well and had some chemistry, Thorne tended to make all the decisions for her, which rubbed a lot of fans the wrong way. Many viewers also believe Katie would be a fool to ever get back together with Thorne, considering he dumped her on Valentine’s Day. 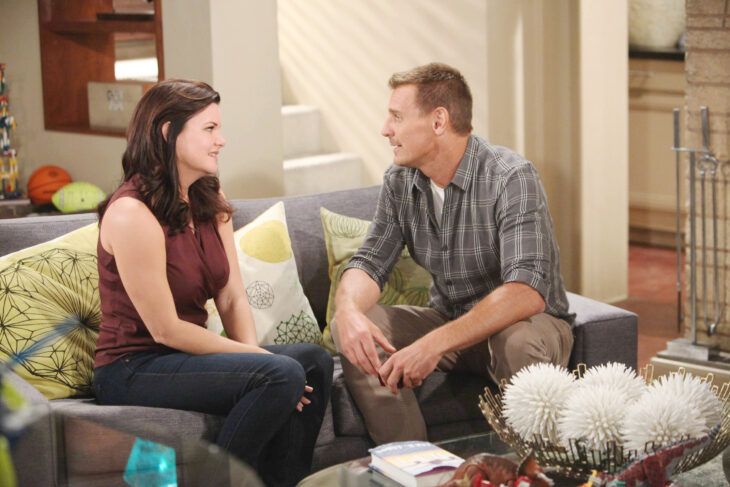 Thomas and Hope were married for about two days last summer and the marriage was never consummated. But even so, once she filed annulment papers, Thomas continued to be fanatical about winning her back. Hope was never interested in him romantically and only agreed to marry him in the first place to provide a stable home for his son Douglas. This couple should never get back together for Thomas’ sake. He needs to forget about Hope and move on with his life with a woman who loves him. 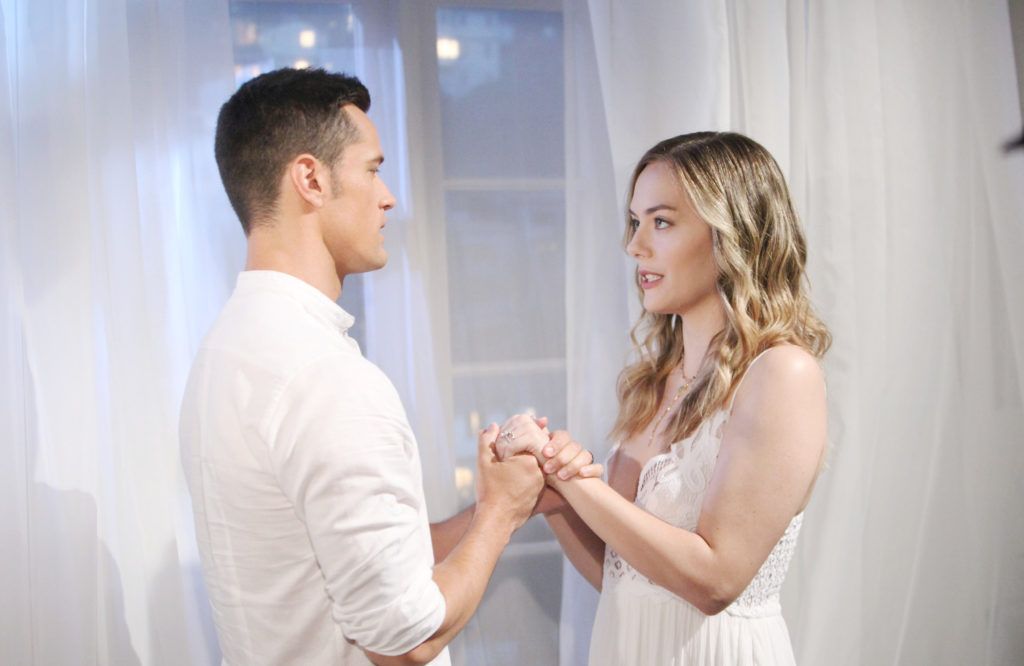 Now that Katie has dumped Bill again, for recently sharing a kiss with Brooke, it seems likely that Brill could be headed for yet another reunion. But should they get back together? These two have caused a lot of heartache for others in the past, especially Brooke’s sister Katie. Brill has been on and off again for years and when they actually did tie the knot, the marriage only lasted a matter of months, proving these two should never get back together. 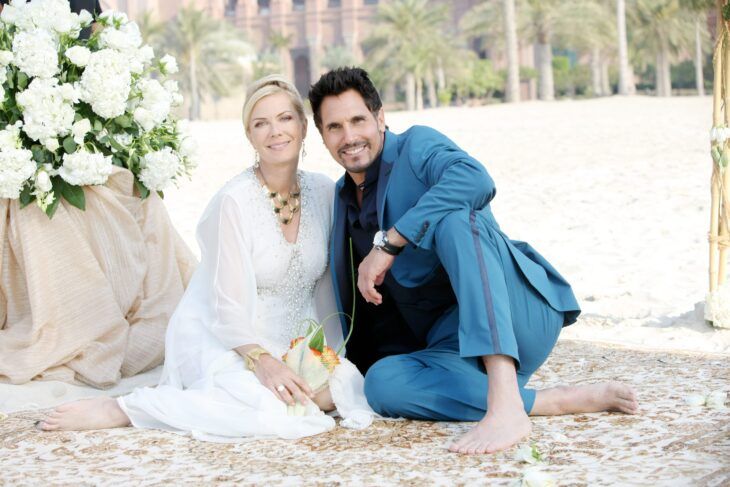 Speaking of Katie, her coupling with Ridge was awkward from the get-go. They bonded over poetry and their exasperation over Bill and Brooke’s affair. There was no real chemistry between them and when Ridge promised her his heart, he gave her a red ribbon instead of a ring, which she pathetically wore wrapped around her finger. If Katie is looking for romance in her life again, she would be well advised to stay away from Ridge. 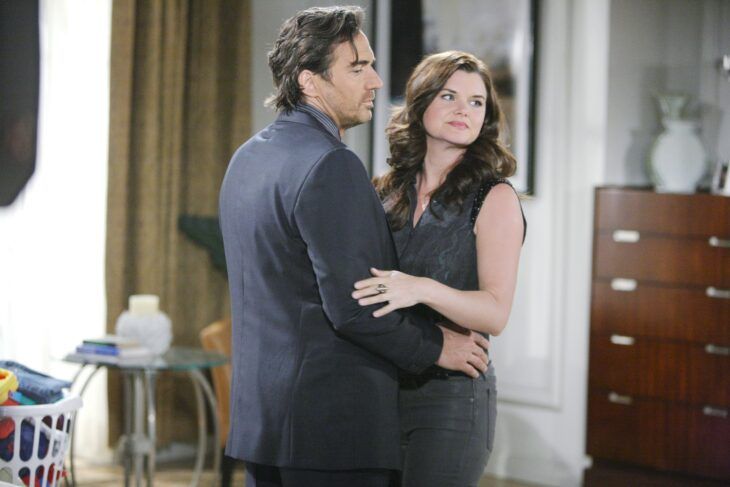 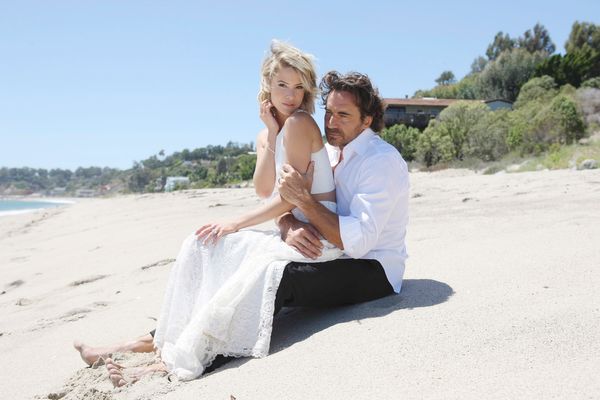