Bold And The Beautiful Plotline Predictions For The Next Two Weeks (November 1 – 12, 2021)

Quinn will become convinced that the Logans are scheming to destroy her life, coming up on The Bold and the Beautiful (B&B). Katie and Carter will continue to test the waters, while Liam and Ridge try to isolate Deacon. Also, Brooke fumbles as she tries to keep Hope away from her dad, but why? Read on for B&B plotline predictions for November 1st through 12th, 2021.

When Carter held Katie’s hand at Il Giardino and listed off a handful of her positive attributes, there’s no doubt that Logan was smitten. In spite of this, the conversation remained centered on friendship and companionship. Katie has made it clear that she thinks Carter can do much better than Quinn, but she wants to make sure he feels that way too, before she lets herself fall head over heels.

“From this vantage point, I see good things ahead,” Carter said while looking into Katie’s eyes. However, moments earlier, he had just reiterated how he was willing to trade his current life and career to be with Quinn. So, was his interest in Eric’s “awakening” with Donna merely to maintain the conversation with Katie, or is he probing for an avenue that might lead him back to Quinn?

As for the woman who provided Eric with that all-natural honey cure, Donna will finally get competitive after seeing Quinn’s dark side. The more Quinn talked over Donna during their argument, the more Donna went from terrified to offended. By bullying Donna and calling her the weak Logan, Quinn may have just riled up an opponent capable of stealing her husband’s attention for good.

9. Quinn Will Challenge Katie Next

And Quinn’s rage-a-thon won’t stop there! In the next two weeks, Quinn will confront Katie about her intentions with Carter. Unlike Donna, who Brooke describes as “a lover, not a fighter”, Katie will hold her own and tell Quinn to back off. Quinn won’t be able to accept this development, and will instead believe that her quarrels with Donna and Katie are not incidental, but part of a bigger Logan scheme.

8. Quinn Versus The Logans

Quinn has long felt as though the Logans constantly look down their noses at her. (They do.) So now that Donna has Eric’s attention and Katie has Carter’s, Quinn will unleash years of accumulated resentment at the Logans. The more Quinn stands to lose, the more vengeful she’ll become. The first battle line has been drawn, with Quinn insisting that Donna be fired from Forrester Creations and exiled from Eric’s life, but more battle lines are on the horizon.

Eric will not accept Quinn’s ultimatum, not only because he truly wanted his breakthrough with Donna to improve his marriage, but because Quinn’s jealousy seems out of place after he selflessly permitted Quinn and Carter to carry on together. Will Quinn’s anger open Eric’s eyes, just like they opened Donna’s?

6. Wyatt Will Get Worried

As Quinn’s personal life falls apart, Wyatt will become worried. He’s seen just how bad things can get for his mother, and will try to counsel her from going back to the dark side. Could Wyatt inadvertently make things worse, however? Might he casually discuss his brother Liam’s issues surrounding Deacon’s return, and give Quinn an idea? How might Deacon help Quinn pay back the Logans for all of their mistreatment over the years?

Moving on to a former Mrs. Forrester, Sheila will be furious with Deacon over the next two weeks. B&B spoilers indicate that he’ll make a bold move on his own. Since he isn’t seeing eye to eye with Sheila about his daughter leaving Liam for Finn, will he tell Hope the truth about his so-called “romance”? How will Sheila react to this defection? Why, the way she always has… with threats and blackmail.

4. Brooke Botches Her Warning To Hope

Beyond finding himself on the wrong side of a total psychopath, everything will be coming up Deacon over the next two weeks. B&B spoilers state that Hope will be firmly in her dad’s corner, even after Brooke attempts to dissuade her from staying in contact with him. How does Brooke botch this warning so badly? Is it possible that she’s remembering long-forgotten good times with Deacon as well?

For all of those reasons and more, B&B spoilers indicate that Ridge and Liam will team up to keep the women in their lives safe from Deacon. In a case of overprotectiveness gone wild, Ridge and Liam’s actions will not be commended by their spouses, who’ll rightly accuse them of overstepping. But what will they do?

There is speculation that Ridge will get a restraining order placed on Deacon, restricting him from making contact with Brooke, Steffy and Hope. To do this, he would need the permission of all three ladies. Could Ridge forge Brooke’s name, and Liam forge Hope’s? This would be a terrible decision for both husbands to make, and would surely create problems in their marriages.

There’s also a chance that Ridge will enlist Justin to either tail or intimidate Deacon. Given that Hope’s dad has nothing to his name but his daughter’s love, it seems unlikely that some muscle courtesy of Ridge will do anything but inflame relations between Brooke’s current and former beau. Perhaps it’s overdue that Ridge gets burnt for constantly forcing his will onto other peoples’ decisions? Keep watching B&B to see what happens next! 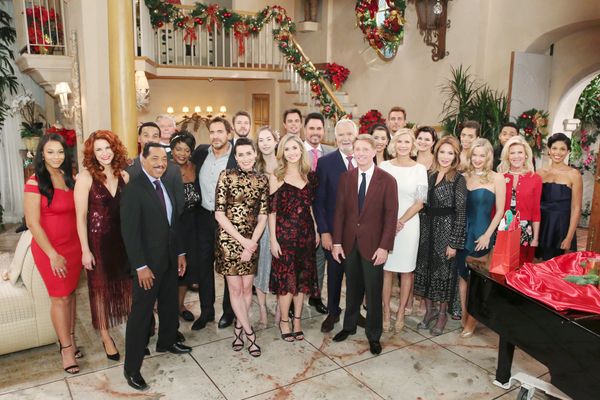