Sheila will be stunned when Deacon tells her Taylor is back in LA, coming up on The Bold And The Beautiful (B&B). Brooke won’t be happy when she finds out her nemesis has returned, either. Plus, Deacon and Hope will discover they share a common interest. Learn more below in the B&B spoilers for December 13th to 24th, 2021.

12. Christmas At The Forrester Estate

B&B spoilers tease that this year’s holiday celebrations will once again be held at the Forrester estate. It should be interesting to see the dynamics play out between Ridge, Brooke, Eric and Quinn. As viewers know, the four of them haven’t exactly been on good terms during the past few months.

11. Brooke And Katie Talk About Stephen

Brooke and Katie will have an emotional discussion about their father Stephen. Brooke will mention to her sister that having had a missing-in-action father makes it easier to understand her own daughter’s wish to get to know Deacon. It could be why Brooke ultimately backed down and told Hope she wouldn’t get in the way of her pursuing a relationship with her father.

B&B spoilers tease that Taylor and Ridge will have a warm and sweet reunion as they talk about the past, present and future. He’ll tell her he can hardly believe that she’s home but he’s very happy to see her. And Taylor will tell her ex that she’s considering sticking around LA for a while.

Brooke will be stunned, and she and Ridge will argue, when he tells her Taylor is back. “Maybe she’ll stay for good this time,” he says in the B&B weekly preview. Brooke will then wonder if his ex has returned to cause trouble for them. “You have a problem with Taylor?” he’ll ask. And by the look on Brooke’s face, she certainly does.

8. Ridge Asks His Ex For Advice

Rumor has it, after his rather heated argument with Brooke, Ridge will turn to Taylor for her advice. He’ll tell her about Brooke defending Deacon and that she’s also having a problem with Taylor’s return to LA. But considering the way Taylor feels about Brooke, is she really the best person Ridge could ask for guidance on his marriage?

After reuniting with Ridge and Steffy, Thomas will finally have his emotional reunion with Taylor. He’ll tell her he’s needed her, and he hopes she’ll be around for a while. But will he recount his harrowing experiences during her absence over the past few years? Viewers will recall he not only suffered through brain surgery, but he also survived being pushed over a cliff by Brooke.

Speaking of Brooke, Taylor will tell her daughter all about Brooke’s affair with Deacon in 2001. She’ll mention that Ridge was badly affected by it, even though he wasn’t married to Brooke at the time. Unfortunately, Brooke and Deacon’s dalliance also led to Ridge and Bridget sharing a few highly awkward kisses.

Hope and Deacon will be surprised to realize they have something fun and athletic in common. As they discuss their lives and how they stay in shape, they’ll experience a sense of exhilaration when they discover they’re both interested in martial arts. But will the father and daughter duo put their skills to the test?

It looks like Hope will set up the cabin as a dojo for she and her father and they’ll enjoy a martial arts session together. For viewers who don’t know, Sean Kanan, who portrays Deacon, was the main antagonist in the film Karate Kid III and he’s also a martial artist. Annika Noelle, who plays Hope, also has training in martial arts.

Deacon and Hope will find themselves interrupted by Ridge while they’re in the middle of a sparring session at the cabin. Ridge will be angry to see Deacon there yet again and the two men will get into an argument. But will he try to bully Deacon this time, or will he hesitate when he realizes Deacon could likely kick his butt?

Ridge will come to the unfortunate realization that Deacon not only wants a relationship with Hope, but he also wants one with Brooke. What took you so long, Ridge? Regardless, it’ll make him more determined to keep Deacon as far away from his wife as possible. However, how will Ridge go about accomplishing that, considering Deacon has been given permission to visit his daughter anytime he pleases?

1. Sheila Learns Taylor Is Back

B&B spoilers tease that Sheila will be stunned when Deacon reveals that Taylor is back in Los Angeles. And she’s not going to be happy about it. As if she didn’t have enough problems with Steffy constantly interfering in her relationship with Finn! Taylor’s return will signal double trouble for Sheila, but what will she plan to do about it? Keep watching B&B to find out! 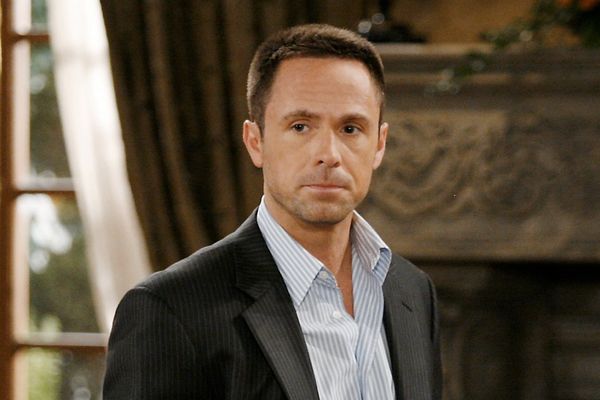