Sheila and Brooke will have it out, coming up on The Bold And The Beautiful (B&B). Taylor will tell Ridge she still loves him, while the Forrester family gathers at Eric’s for Christmas. Plus, Zende will prepare to propose — but will Paris say yes? Learn more below in the B&B spoilers for December 20th to 31st, 2021.

12. Zende Gets Ready To Propose

With a sparkling diamond ring in hand, Zende will plan to propose to Paris on New Year’s Eve. Viewers know the Forrester Creations designer asked Quinn to design a ring for his girlfriend. He’s fallen deeply for her, but does she feel the same way? Granted, she rejected Thomas in favor of Zende when he admitted he had feelings for her, but it also wasn’t that long ago Paris was crushing on Finn. So, is Paris going to say yes?

Brooke will tell Hope and Deacon that she’s very concerned about the state of her marriage. She truly thought that she and Ridge could get through anything. But she’ll confide to both Deacon and Hope that’s she’s worried she and Ridge’s relationship will start to fall apart, now that Taylor has returned.

B&B spoilers tease that Taylor will patiently listen to Ridge complain about Brooke and all the problems he’s having in his marriage. Although this is highly inappropriate, considering how many times Ridge dumped Taylor for Brooke back in the day, he’ll do it anyway. Nevertheless, after he’s finished grumbling, Taylor will make a stunning declaration. She’ll tell Ridge she’s still in love with him and wants him back!

The moment fans have been waiting for since Taylor’s return will finally come to pass: Brooke and Taylor will meet in the flesh. The two women have been rivals for Ridge’s affection for decades. Brooke currently has the upper hand, since she’s married to Ridge. But when she sees Taylor, she will also have no idea that her husband has been confiding to his ex about their marital problems. However, will Taylor drop any hints that she knows their marriage is in trouble?

Brooke will ask her rival what exactly her agenda is, now that she’s returned to Los Angeles. She’s certain that Taylor’s got something up her sleeve, and that “something” is more than likely a reunion with Ridge. So, Brooke will bluntly ask Taylor if she has plans to win Ridge back. But will Taylor tell her the truth, or will she keep Brooke guessing?

Deacon will encounter Sheila early this week and tell her he’s got big news: Taylor is back in Los Angeles. Sheila will roll her eyes and realize that not only will she have to continue battling Steffy for a chance to see her son, but she will also have to get through Taylor. However, she will be mistaken.
Love B&B? Share all of your B&B opinions and join the discussion on our B&B Facebook Page.

Steffy will be stunned when Taylor suggests they ask Sheila to come over for Christmas. After all, she is Finn’s birth mother. Plus, Taylor will bring up the old adage of keeping your friends close and your enemies closer. And when Taylor goes ahead and asks Sheila to spend the holidays with them, Steffy is going to flip out on her mother. She’ll ask Taylor how she could let a psychopath like Sheila anywhere near her grandchildren.

Sheila will hang out with Deacon at Il Giardino and she’ll tell him she’s not in the Christmas spirit. She’ll even blurt out “bah humbug,” in the B&B weekly promo. Deacon will warn her she’s going to end up with a stocking full of coal. But her attitude will turn around quickly, when Taylor invites her to spend the holiday at the cliff house with her son.

A B&B spoiler photo shows Ridge holding baby Beth and Brooke holding Douglas, as they read to the children at Eric’s place during the Christmas celebration. The book is The Night Before Christmas and Beth and Douglas will be enraptured by the tale. It should make for a sweet Christmas moment for viewers.

B&B spoilers tease that Deacon and Hope will get to spend some of Christmas together, before she heads to Eric’s place to celebrate with baby Beth, Douglas and Liam. Deacon will tell his daughter he appreciates getting to spend a few moments with her during the holiday and she’ll reiterate that she’s happy he’s back in Los Angeles to stay.

Brooke and Quinn will decide to call a truce. Both women will be at the Christmas celebration at the Forrester mansion, and they won’t want to ruin it by bickering with each other. They’ll likely spend most of their time at opposite ends of the room. Brooke will stick by Ridge, and Quinn will kiss Eric under the mistletoe.

B&B spoilers tease that although Brooke will lose one enemy for a night, she’ll end up making another one in lightning speed. Unfortunately, shortly after Christmas, Brooke is going to encounter Sheila and their confrontation will not be pretty. Rumor has it, their argument will turn physical. But will Brooke find herself in mortal danger? Keep watching B&B to find out! 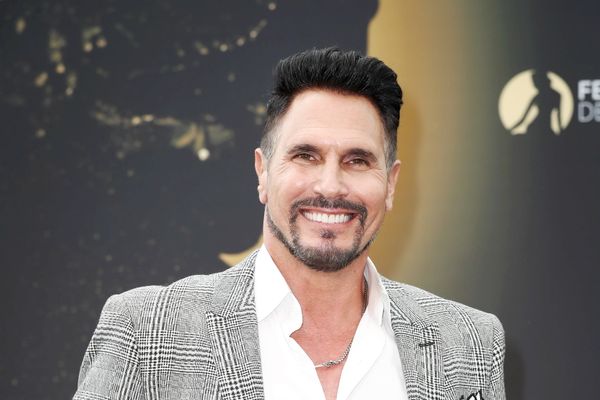