Deacon will share a stunning truth with Brooke, coming on The Bold And The Beautiful (B&B). Paris’ mother will arrive in Los Angeles and Zende will make Carter feel uncomfortable. Plus, after a confrontation with Hope, Steffy will encourage Taylor to go after Ridge. Learn more below in the B&B spoilers January 10th to 21st, 2022.

B&B spoilers tease that Paris will be stunned when her mother, Dr. Grace Buckingham, arrives in Los Angeles. Fans are excited to see the dynamic develop between mother and daughter. For instance, will Grace worship Paris like everyone else at Forrester Creations seems to do? Or will she have a whole different attitude towards her daughter?

When Paris finds out the reason her mom is in town is because Zende arranged for it, she will wonder just what her boyfriend is up to. Paris will ponder what kind of ulterior motive he has. But has Zende told Grace that he was going to propose to Paris? And if so, what kind of reaction will she have?

Zende will confide in Carter that he believes his girlfriend may be involved with another man. Of course, this will make Carter feel extremely uncomfortable. He’ll awkwardly ask Zende where he got that kind of impression. But will Zende fess up and tell his friend about Paris’ comments about staying single and free?

Speaking of Carter, it looks like he’ll start to fall for Paris in the next couple of weeks. Rumor has it, the pair will become romantically involved. Since their kiss, both Carter and Paris have been a little embarrassed but also intrigued by each other. And soon enough, they’ll find themselves in a full-blown new romance.

Hope will continue to feel responsible for her mother breaking her sobriety on New Year’s Eve. Last week, she told Liam she blames herself for everything. If she hadn’t left her mom alone that night, Brooke never would’ve started drinking again. Liam will reiterate to his wife that it’s not her fault and she holds no responsibility for Brooke falling off the wagon.

B&B spoilers tease that a determined Hope will confront Taylor and Steffy and make it crystal clear to the two women that they had better not interfere in Ridge and Brooke’s marriage. Of course, Steffy will fight back and let Hope know she has no business assuming they would meddle in “Bridge’s” relationship.

6. Fight For Your Man

Rumor has it, Hope’s warning to Steffy will just spur her on and she’ll tell her mother she needs to fight to win Ridge back. But Taylor will surprise her by saying she’ll do no such thing. She still loves Ridge but all she wants is happiness for her ex. Taylor will tell Steffy that if he’s truly happy with Brooke, she’s not going to interfere.

B&B spoilers tease that Steffy and Thomas will tell their father they believe Deacon must have had something to do with Brooke breaking her sobriety. Ridge will be skeptical about their theory, and he’ll let them know how he feels. However, Thomas and Steffy’s speculation may also confirm to him that his first instinct was to blame Deacon.

Poor Taylor just can’t seem to catch a break when it comes to Sheila. The troublemaker will once again try to lean on and manipulate the psychiatrist. Taylor has seen Sheila’s old side come out recently, when she was talking about her hatred for Brooke. And she’ll be highly skeptical when Sheila reiterates to her that she’s changed her ways.

Sheila is pleased with how her revenge against Brooke has worked out so far and she’s not going to stop until she completely destroys her nemesis. She’ll find out that Brooke is attending AA meetings and is serious about getting sober again. So, will Sheila arrange to switch another label on a bottle, or will she come up with something even more sinister?

Hope will ask her mother why Deacon hasn’t been around since New Year’s Eve. She will be suspicious that something may have occurred with her father that caused Brooke to fall off the wagon. However, when Hope questions her mother, will she confess that she was drinking with Deacon and even kissed him?

It looks like Deacon won’t disappear for long and will return during the week of January 17th. He’ll visit Brooke and tell her a stunning truth. It’s not completely clear what he’ll confess to Brooke, although there’s been some speculation. One rumor is that he may have figured out that Sheila switched the champagne bottles. Another is that Deacon will admit to Brooke that they did a lot more than just share a kiss on New Year’s Eve. But did Brooke and Deacon have sex? Keep watching B&B to find out! 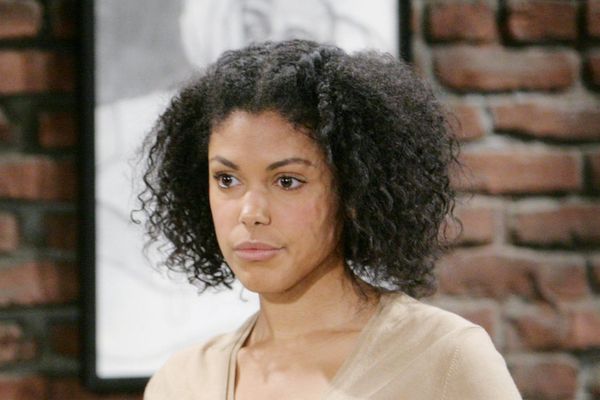