Brooke and Ridge will switch things up this year and hold a Thanksgiving feast at their house, coming up on The Bold And The Beautiful (B&B). Meanwhile, Deacon and Sheila will daydream about spending the holidays with their children. Plus, Paris will be stunned when Thomas expresses a romantic interest in her. Learn more below in the B&B spoilers for November 15th to 26th, 2021.

Considering the hostilities going on at Forrester Creations these days, not a lot of people will want to spend the holidays with Quinn. So, the annual Thanksgiving dinner won’t be at Eric’s estate this year. Instead, Brooke and Ridge will host the traditional event at their place. It’s expected their guests will be Hope, Liam, Steffy, Finn, Paris, Zende, Carter, Katie and Donna.

Speaking of Thanksgiving celebrations, Deacon and Sheila will share some Chinese takeout and fantasize about what it would be like to spend the holidays with their children. Both will picture a heartwarming scene, surrounded by their grandchildren, and finally feel accepted by the Forrester family. Obviously, they’ll just be daydreaming, although it seems like Deacon is a lot closer than Sheila to having his holiday fantasies come true one day.

B&B spoilers tease that Brooke will be angry when she finds out Donna has been fired from Forrester Creations. She was almost certain her sister would reunite with Eric. Brooke will seek him out and ask him why he would choose a horrible woman like Quinn over a sweetheart like Donna. She’ll tell Eric that Donna is the perfect woman for him and they’ll argue about his love life.

Eric will be stunned when Quinn drops a truth bomb on him. Will she tell him she considered running away with Carter when the Forrester COO asked her to? Or will she admit that she continued to sleep with Carter when they were separated? Whatever she does tell Eric, rumor has it their relationship will shift – and not in a good way.

8. Carter Wants To Move On

Carter will realize he’s finally getting over his obsession with Eric’s wife. More and more, he’ll find himself thinking about his conversations with Katie instead. Carter will mention to Katie that he wants to move on with his life and he’s once again looking forward to the future. Katie will admit that she’s feeling a lot more optimistic these days, too.

Zende will approach his grandfather’s wife and ask if she’d help him design a gift for Paris. Viewers are aware that Quinn is not exactly a Paris fan, but she’ll tell Zende she’s willing to help him out. Zende and Paris have gotten closer as a couple and even took the next step in their relationship a few weeks ago. So, is Zende going to ask Quinn to make an engagement ring so he can propose?

Speaking of Paris, B&B spoilers tease that she will be stunned when Thomas makes a romantic overture. He’ll surprise her with a romantic evening, complete with wine, candles and music. Thomas will then admit to Paris that he’s attracted to her and has feelings for her. But will she return his sentiments, or go running for the hills?

After an emotional conversation with Finn, in which he asked her who his biological father was, Sheila will beg Jack to tell their son. Jack will refuse – he doesn’t want to ruin his marriage as well as his relationship with his son. But rumor has it, Sheila will eventually push him into telling his wife the truth.

Jack will tell Li that he met Sheila at the hospital she was working at and had an affair with her. Li will be stunned but then flabbergasted, when he spills all the tea and tells her he’s Finn’s birth father. It was the main reason why it was so easy for them to adopt Finn.

A devastated Li will lash out at her husband for breaking her heart. How could he have done such a thing and even worse, kept it from her for decades? Then Li will insist that his lies have gone on for long enough, and he needs to tell Finn he’s his biological father. But will Jack refuse?

Jack will find himself on the hot seat when Li questions Finn about wanting to know who his birth father is. Steffy will mention that Finn has obviously been curious about it. However, Li will then suggest that she may just have the answer he’s looking for. She will then let Finn know his father has something important he needs to tell him.

1. Finn Finds Out The Truth

B&B spoilers tease that Finn will finally find out the truth about his paternity. Thanks to his wife, Jack will be given no choice but to come clean with his son. The big question is: how will Finn react to the news? Will he be overjoyed or feel furious and betrayed by Jack? Keep watching B&B to find out! 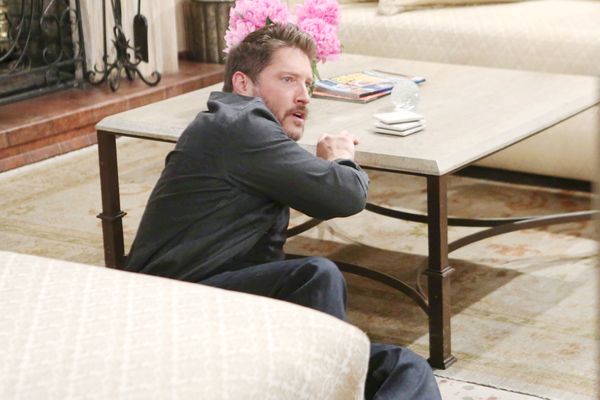