Bold And The Beautiful Spoilers For The Week (August 5, 2019)

The week viewers have been waiting for is finally here on The Bold & The Beautiful (B&B). Hope finds out baby Beth is alive, and she and Liam are overjoyed as they are reunited with their daughter. And although Flo is relieved the secret is finally out, she knows the damage it has done to her relationship with Wyatt. Also, Ridge and Brooke will interrogate Flo, Shauna and Zoe. Plus, a sneak peek at next week. Learn more below in the B&B spoilers for the week of August 5, 2019.

Wyatt will be completely stunned after hearing Flo’s confession about the baby swap and her part in it. Flo will try to explain her actions to her boyfriend, likely pitching herself as a victim of Reese, and then Thomas. She will be desperate to save her relationship with him. But Wyatt will be immune to all her lame excuses. He’s seen his high school sweetheart as perfect and someone he felt he could spend the rest of his life with. But Wyatt’s eyes will finally be wide open to who Flo really is – a deceitful woman who has been hiding a devastating secret from him for months.

Liam will head to Forrester to confront Thomas and tell Hope the truth – that their baby didn’t die on Catalina Island. Spoilers tease that when Liam begins to tell all, Thomas will punch him, grab Hope and head for the roof, where he has a helicopter waiting to whisk his new bride away. But Liam will catch up with him and the men will have it out.

On the Forrester rooftop, Thomas tries to get Hope to leave with him in the helicopter, but she will prove to be a very unwilling participant. Liam will tell Thomas he knows everything about baby Beth. Hope, of course, will be confused, but Thomas will know exactly what Liam is talking about and he will get into the helicopter and flee the scene.

A Soap Opera Digest spoiler photo shows Hope and Liam in each other’s arms, kneeling on the Forrester Creations rooftop. Liam has just told Hope that Beth wasn’t stillborn but was stolen from them. Hearing that Beth is alive, and is Phoebe, will be too much for Hope and she will be weeping, as she is overcome with emotion.

In a sentimental, long overdue soapy moment B&B viewers have been waiting for, Hope and Liam will be reunited with baby Beth, the daughter they thought had been stillborn on Catalina Island. This will be the happiest day of Hope’s life as she and Liam hold Beth in their arms. Keep your tissues handy!

Hope will be appalled when Liam tells her Reese stole their baby to pay off his gambling debts. She will also be shocked when she realizes her cousin Flo had been in on the deception for months and had stayed quiet about it to protect herself. She’ll also learn Thomas had known for weeks and threatened Flo about keeping the secret. Spoilers indicate Hope will also find out her friend Emma died as she was rushing to tell her the truth about Beth and that Thomas ran Emma’s car off the road.

Flo will be relieved to break the news about Beth to Ridge and Brooke. She’ll tell them she didn’t give birth to Phoebe and it was all part of a plot that began with Dr. Reese Buckingham. Spoilers tease that later in the week, Brooke will explode at The Three Stooges (Flo and her co-conspirators Shauna and Zoe) about how their lies came close to ruining her daughter’s life. Ridge will also get in on the action, and he will unleash his anger at The Three Stooges for breaking Steffy’s heart. Rumor has it, Brooke and Ridge will also grill the women about details of the baby stealing plot.

Reality and heartbreak will sink in for Steffy this week when Liam and Hope try to convince her that Douglas was telling the truth and Phoebe really is Beth. But she’s not about to give up Phoebe without a fight, and a fierce argument will ensue, which will pit the Logans against the Forresters. Even though Liam will tell her she has to let Phoebe go so Hope can raise her, she will be in denial and will argue that there is no concrete proof that Phoebe is Beth.

Spoilers tease Hope will lay into both Flo and Shauna, when they slip into the cabin, hoping to tell her their side of the story. Also, in a joyful moment, Katie, Donna and Brooke will show their love for Beth when Hope brings her home. And, still completely deluded, Thomas will try to persuade himself that he can somehow get Hope back. But what desperate measures will he be willing to take? Stay tuned! 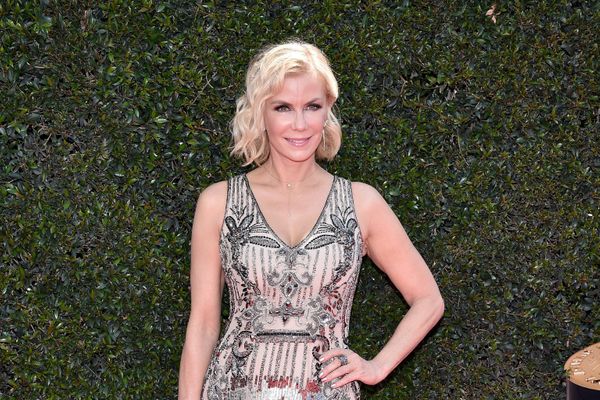