Bold And The Beautiful Spoilers For The Week (December 24, 2018)

This week on the Bold & The Beautiful (B&B), a stranger comes to Los Angeles looking for Reese. Also, holiday celebrations abound, and Hope and Liam’s babymoon gets interrupted by an urgent phone call. Plus, a special sneak peek at the following week, which will include B&B’s 8000th episode. Learn more below in the B&B spoilers for the week of December 24, 2018.

9. A Stranger In Town

Reese will work hard this week to steer clear of a stranger (played by Andrew Johnson) who comes to town looking for him. Since he’s arrived in LA, Reese has been obsessed with money. Did Reese leave Europe hoping to flee some outstanding gambling debts and could this stealthy stranger be one of Reese’s creditors? 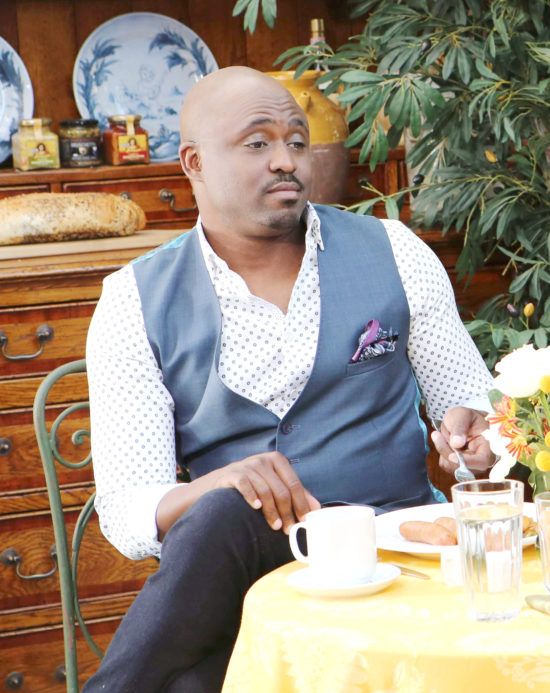 There won’t be much holiday joy between Zoe and her father Reese this Christmas. Rumor has it, Zoe will confront her father during the holidays, asking him what his intentions are towards Taylor. It’s been obvious since he arrived in LA that Zoe does not trust him and considers him to be a womanizer. It’s also rumored that the stranger who comes to town looking for her father will somehow threaten Zoe’s safety. 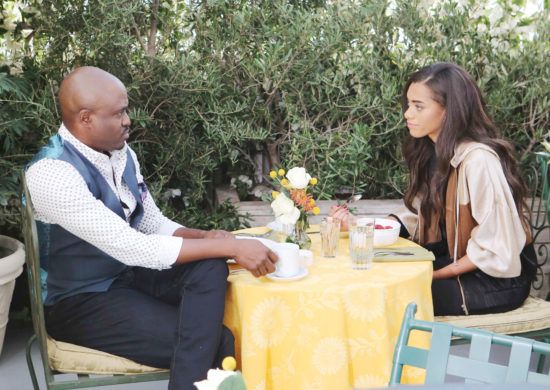 Christopher Knight will return to B&B on December 28 as Dr. Andrews. Well known for playing middle brother Peter on The Brady Bunch in the 1970s, Knight was last seen on B&B in 2010, when he appeared as the doctor looking after Bridget’s son Logan. Rumor has it, Dr. Andrews will be seeing baby Kelly, who will develop a fever this week. 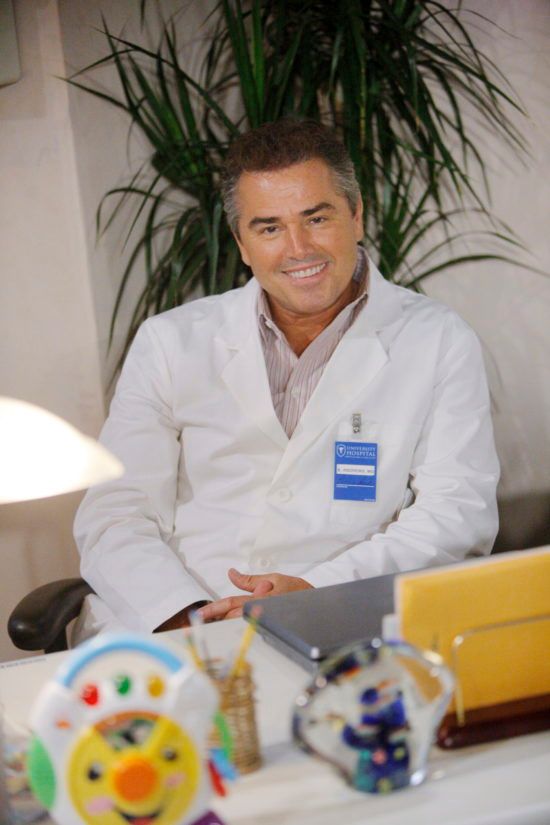 6. Home For The Holidays

Speaking of Bridget, fan favorite Ashley Jones will return to B&B for the holidays and will come home to LA to join the Forresters, Logans, Spencers and Avants for the Christmas Day episode, according to Soaps in Depth. Her mother Brooke and father Eric will be delighted by her return, as will her sister Hope and Aunts Katie and Donna. This will be Jones’ first appearance on the show since she attended Hope and Liam’s wedding this past summer. 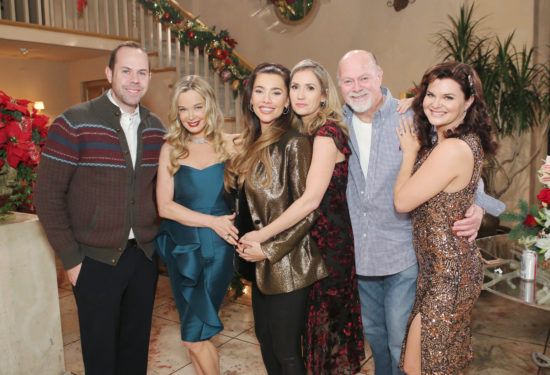 Hope and Liam will ask Maya for a favor this week. They want to name their daughter Elizabeth, and since Maya’s daughter is already named Lizzie, they are hoping to get her blessing. Once she’s born the new baby will be nicknamed Beth, after Hope’s grandmother. Maya will agree to it and Lope will tell everyone their chosen name for their unborn daughter during the Christmas celebrations. 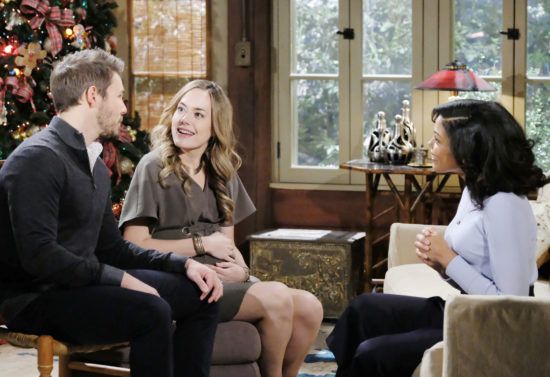 Spoilers show Brooke, Katie and Donna will arrive in Eric’s kitchen just in time to save Christmas dinner. As always, Pam and Charlie will oversee cooking the holiday feast. With Pam and Donna growing closer these days, Pam will likely be happy to see Donna at the Forrester estate. But will Pam and Charlie welcome all the Logan sisters, who are notoriously terrible cooks, into the kitchen to lend a helping hand? 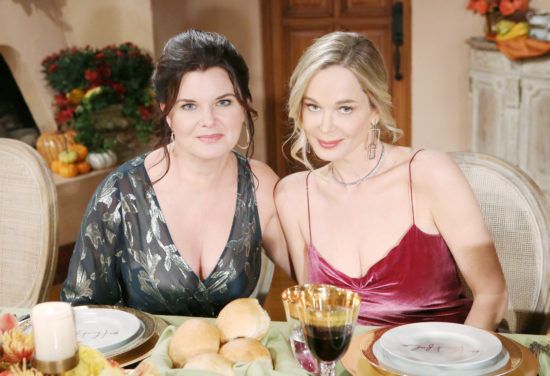 The Forresters, Logans, Avants and Spencers will spend Christmas together at the Forrester estate. Xander will be honored to carry on a Forrester tradition, with Zoe at his side. Other guests at the Forrester estate Christmas party will include Wyatt and Sally, Maya’s parents Julius and Vivienne and Pam and Charlie. And Eric will remind everyone of the true meaning of Christmas, playing the piano and singing Christmas carols with the whole family. 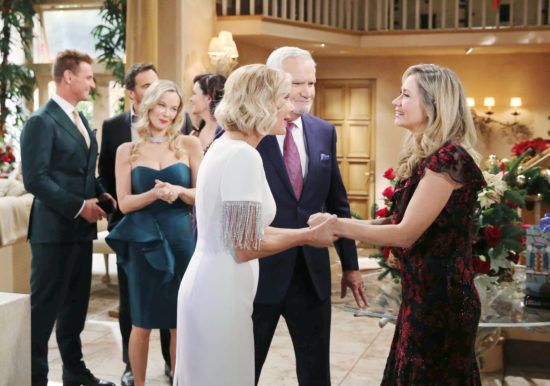 After Hope surprises Liam with a trip to Catalina Island, the pair set off on a last-minute adventure. But when Liam gets a call from Steffy that baby Kelly is running a fever, he and Hope are separated. Liam ends up back in LA and Hope ends up on a flight with Matt and Kieran Cannistra (Jim O’Heir and Monica Horan). O’Heir and Horan are expected to appear on the show on December 27 and 28. Like her predecessors Quinn and Sally before her, will Hope end up sitting between the pair on the aircraft? O’Heir and Horan will bring a welcome dose of comic relief to the B&B this week. Spoilers show Hope will arrive safely on the island but without Liam. 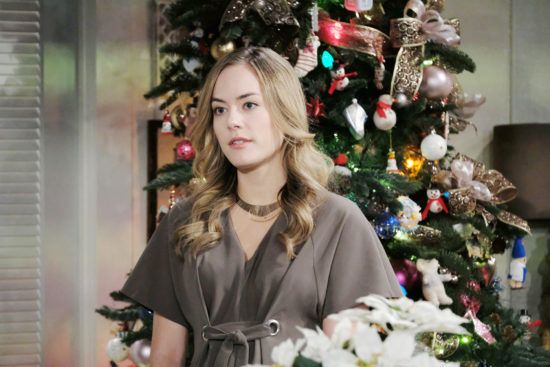 With B&B’s 8000th episode airing on January 4, spoilers are indicating that something massive is coming. B&B Executive Producer Bradley Bell said in a statement: “The 8000th episode is classic ‘Bold and Beautiful’ drama. The story arc centers around an event so profound, it sends shockwaves throughout the lives of the Forresters, Spencers, Avants, Spectras and Logans for years to come.” Also, Hope will go into premature labor on Catalina Island while Liam desperately tries to reach her, and rumors are rampant that none other than Dr. Reese Buckingham will deliver Hope and Liam’s baby daughter. Will the doctor safely deliver baby Beth or will something more sinister happen? Stay tuned. 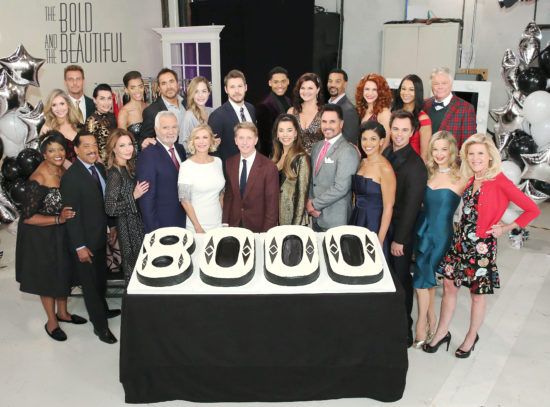 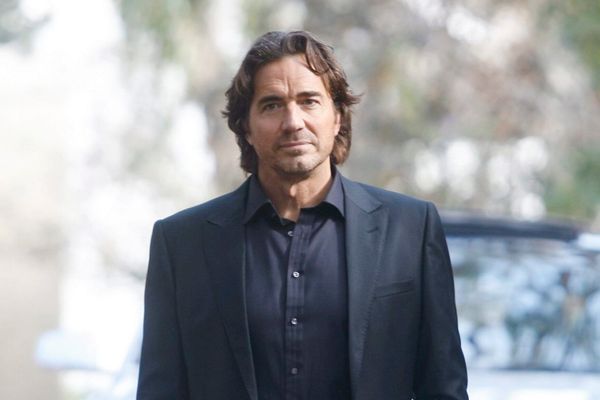