Sheila will become irritated with Deacon and his preoccupation with Brooke, coming up this week on The Bold And The Beautiful (B&B). Liam will turn to his father for relationship advice. Plus, Taylor will return to town and reunite with Steffy. Learn more below in the B&B spoilers for the week of December 6th, 2021.

Liam will turn to his father for advice regarding what to do about Hope’s insistence on spending time with her father. Viewers know Bill feels much the same way Ridge does about Deacon. He considers him a criminal and has no use for him, even though he did arrange for his release from prison years ago in order to stop Liam from marrying Hope in Italy. But that’s water under the bridge, right? Nevertheless, it’s expected that Bill will counsel Liam to keep Deacon away from Hope and the children at all costs.

After watching Brooke stand up to Ridge in his defense, Deacon will have a renewed sense of hope about his chances with his ex. Deacon has mentioned to Brooke that he doesn’t want to cause any trouble for her and Ridge. But on the other hand, he’s also told her he still feels their connection to each other. And Deacon will begin to envision a life with Brooke and his daughter.

B&B spoilers tease that Sheila will be exasperated over Deacon’s preoccupation with Brooke. He’ll brag that both Hope and Brooke have defended him to Ridge, and Sheila will be green with envy. She feels as though she’s been hitting her head against a brick wall, when it comes to getting through to Finn. But will she become spiteful about Deacon’s progress and decide to undermine him?

Brooke will be stunned and angry when Ridge tells her he issued an ultimatum to her daughter. Rumor has it, he will tell Hope that if she doesn’t expel Deacon from her life, then he’ll take her up on the offer to move off the property. One thing’s for sure – Ridge’s demand is not going to go over well with his wife.

5. Behind The Eight Ball

Ridge and Brooke will get into a row about Hope and her relationship with Deacon. Brooke will tell her husband he has no right to issue any kind of edict to her daughter, especially without consulting her first. But, as always, Ridge will be unwilling to discuss any kind of alternative, which will infuriate Brooke. Then again, she won’t be willing to change her position either. And they’ll find themselves stuck in a standoff.

An upset and frustrated Ridge will tell Steffy and Thomas about the problems he’s having in his marriage — which, as far as he’s concerned, are all Deacon’s fault. Thomas and Steffy will calm him down a bit when they remind him that he has people besides Brooke in his life. He’s their father and they love him and will always support him and his decisions.

B&B spoilers tease that Ridge’s children will come to his emotional rescue. They’ll discuss growing up with a loving mother and father and how happy they were when they were all together as a family. They’ll also wonder aloud about what the future will bring for them. Of course, the Forrester family bonding session will nicely set the stage for Taylor’s return the next day.

As if Ridge and Brooke’s marriage isn’t facing enough challenges these days, Dr. Taylor Hayes will also be thrown into the mix. Taylor will make her triumphant return to the B&B canvas on December 10th. Spoilers tease that the first person she’ll reunite with is her daughter, Steffy. Plus, there’s no doubt she’ll also run into Brooke soon enough. But will she put her nemesis on notice? Keep watching B&B to find out! 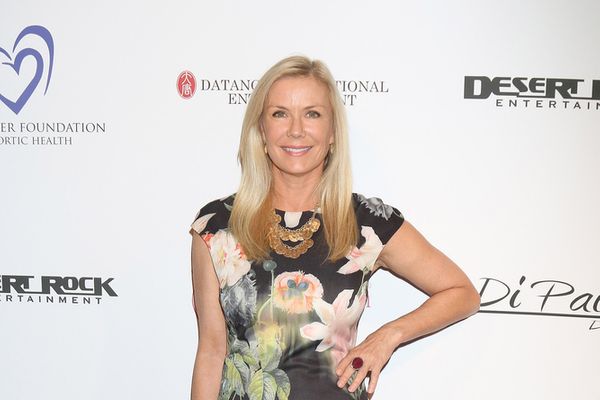