This week on The Bold & The Beautiful (B&B), Steffy will press her advantage as she argues with Hope. Also, Brooke and Ridge’s marriage is on the brink of collapse when Ridge finds out Brooke is pressuring Thomas to give up custody of Douglas. Plus, a sneak peek at next week. Learn more below in the B&B spoilers for the week of October 21, 2019.

Rumor has it, Steffy will get the upper hand during an argument with a stunned Hope. The Sister Wives will be fighting over who grieved more over losing baby Beth, and who suffered more over the loss of Liam. So, how will she press her advantage? Will Steffy tell Hope that Liam has promised her he’ll find a way to keep Beth in her life? 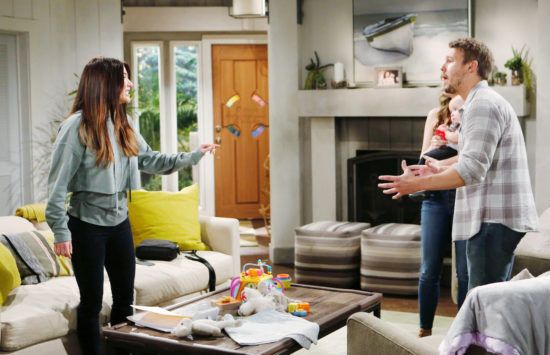 8. A Home For Douglas

Hope will appeal to Liam this week to support her in giving a permanent home to Douglas with them. Liam loves Douglas and will be forever grateful to him for telling them the truth about baby Beth, but he’s also well aware that Douglas is Thomas’ son. Will he give in to Hope and agree that they should be parents to the boy? 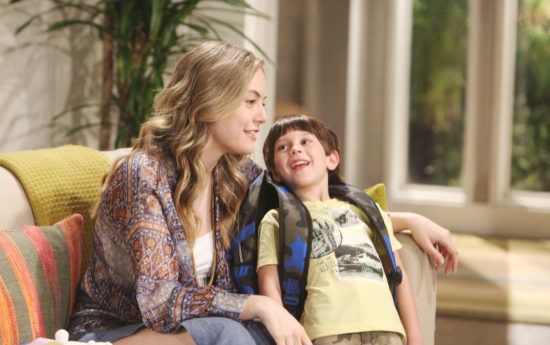 Spoilers indicate Thomas will lose it when he finds out Brooke’s plan for his son. Brooke believes Hope and Liam should be raising Douglas, not him. Hope will also make a heartfelt plea to Thomas. She’ll tell him Douglas would be better off being raised by her and Liam and ask him to sign his son over to them. As viewers can imagine, this will not go over well with Thomas at all. 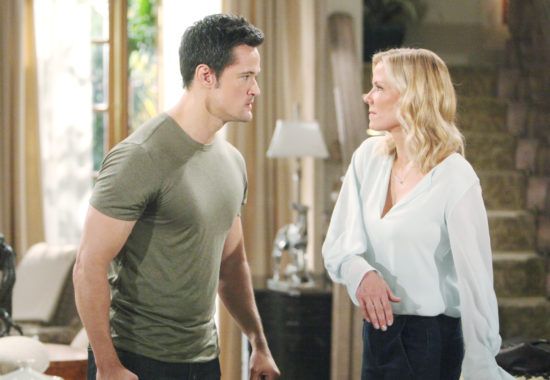 Spoilers tease Thomas will reveal to Zoe where she fits in with his plans for the future. He’s intrigued by the model and remembers his encounters with her when they were involved in hiding the baby Beth secret. But has he found a new object for his affections, or is Thomas just thinking of Zoe as a potential mother figure for Douglas? 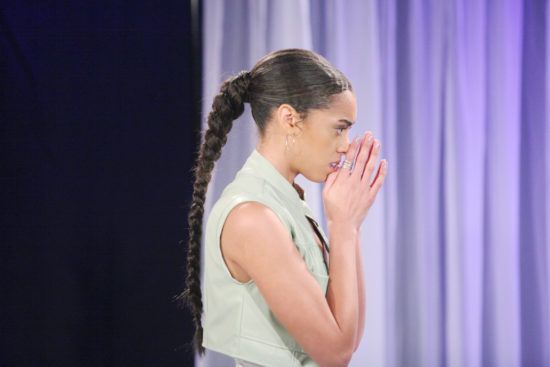 After a visit from Quinn, Bill will head to Wyatt’s place this week to inform him his mother is meddling in his love life once more. This is something that won’t surprise Wyatt. It’s no secret that Quinn wants Wyatt to reunite with Flo. But he will be taken aback when Bill tells him Quinn asked him to be her ally in order to break up his engagement to Sally. Since finding out about Flo’s kidney donation to Katie, it does seem like Wyatt has forgiven his high school sweetheart. So, will his old feelings for Flo rush back to the surface and does his mother really know best when it comes to his love life? 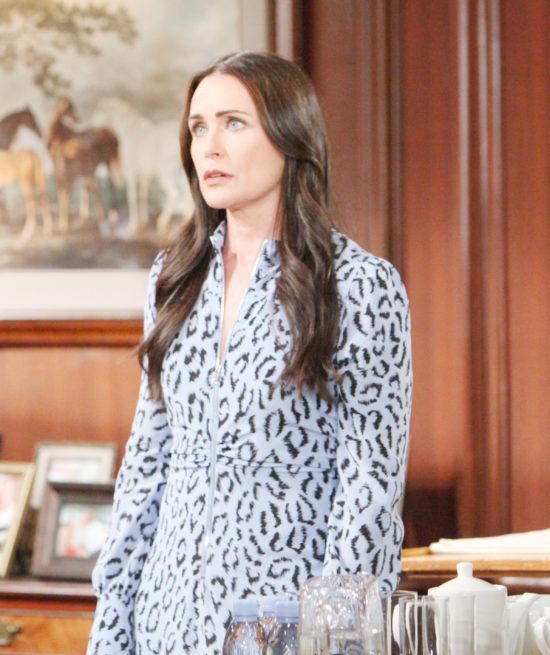 Ridge will attempt to influence Steffy to forgive Thomas for all that he’s done yet again. It’ll be a hard sell, as Steffy is still angry with her brother for keeping the truth from her. Will Ridge ask her once more to let Thomas move in with her? Rumor has it, Ridge will promise Steffy that Douglas will stay with his father. 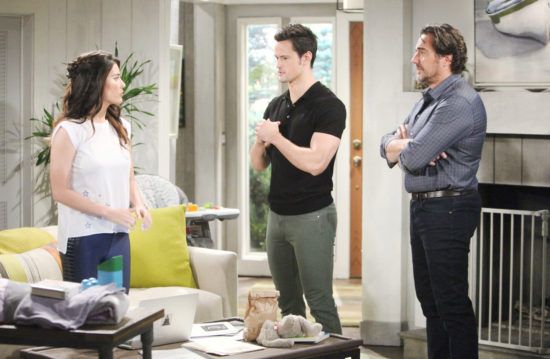 Thomas will vow to Douglas this week that he can be the father the boy deserves. Viewers did see Thomas make a breakthrough in August when his son told him he wanted the daddy back that he used to be. It was like a lightbulb went off in Thomas’ head. But unfortunately, he reverted to his old habits the last time he visited Douglas, once again telling him he was a snitch for revealing to Hope and Liam the truth about baby Beth. Can Thomas really change his ways when it comes to caring for his son? 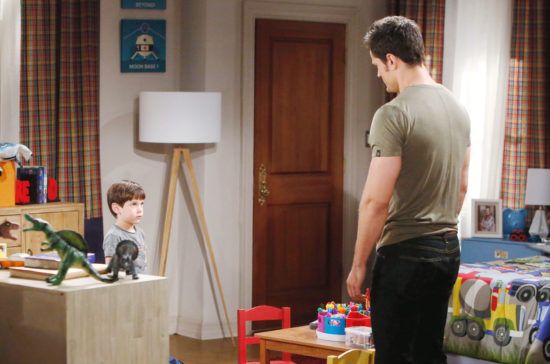 Ridge will face off with Brooke, Liam and Hope about their plan to take Douglas away from Thomas. Spoilers tease he will be blindsided when he finds out it was all Brooke’s idea to talk Thomas into giving up his son. The argument will be a fierce one and leave the Bridge marriage teetering on the brink of collapse. 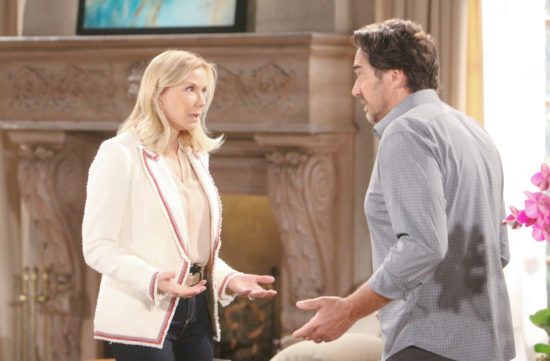 Spoilers show that after his blow-out with Brooke, Ridge will move into Eric’s house, with Thomas and Douglas in tow. Once they’re settled, Thomas will ask Zoe to move in with them. Also, Quinn and Eric will host a Halloween party at the Forrester estate and rumor has it, some party goers will get treats, but others will get tricks. Shauna will be there and will reminisce with Ridge about the kiss they shared. And despite Brooke and Liam’s objections, Hope will also attend the party and try to get Thomas to sign paperwork which would give her joint custody of Douglas. Once Hope leaves, Liam will take Beth over to Steffy’s house to spend her first Halloween with her half-sister Kelly. But will Hope be able to convince Thomas to sign the joint custody document? Stay tuned! 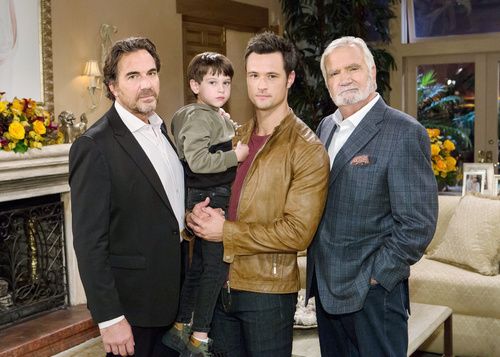 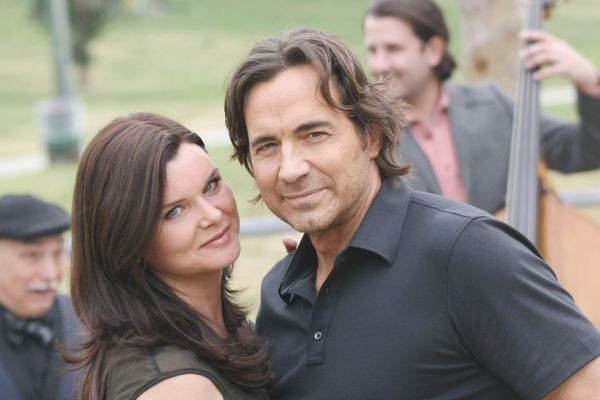