Bold And The Beautiful Spoilers For The Week (September 14, 2020)

Liam will become suspicious of Finn when the doctor shuts down his interrogation, this week on the Bold And The Beautiful (B&B). Plus, Thomas will needle his rival for wanting the best of both worlds and Bill will pledge his commitment to one woman. Learn more below in the B&B spoilers for the week of September 14, 2020.

Spoilers tease Bill will take control of his destiny and will pledge his love and commitment to one woman. But will it be Katie or Brooke? Bill loves both women but doesn’t seem to have the same passion for Katie as he does for Brooke. However, Brooke has told him twice now that although she still loves him, her destiny is to be with Ridge. Will Bill pull out all the stops to get Katie back, or will he figure the third time’s the charm and try to win Brooke over again? 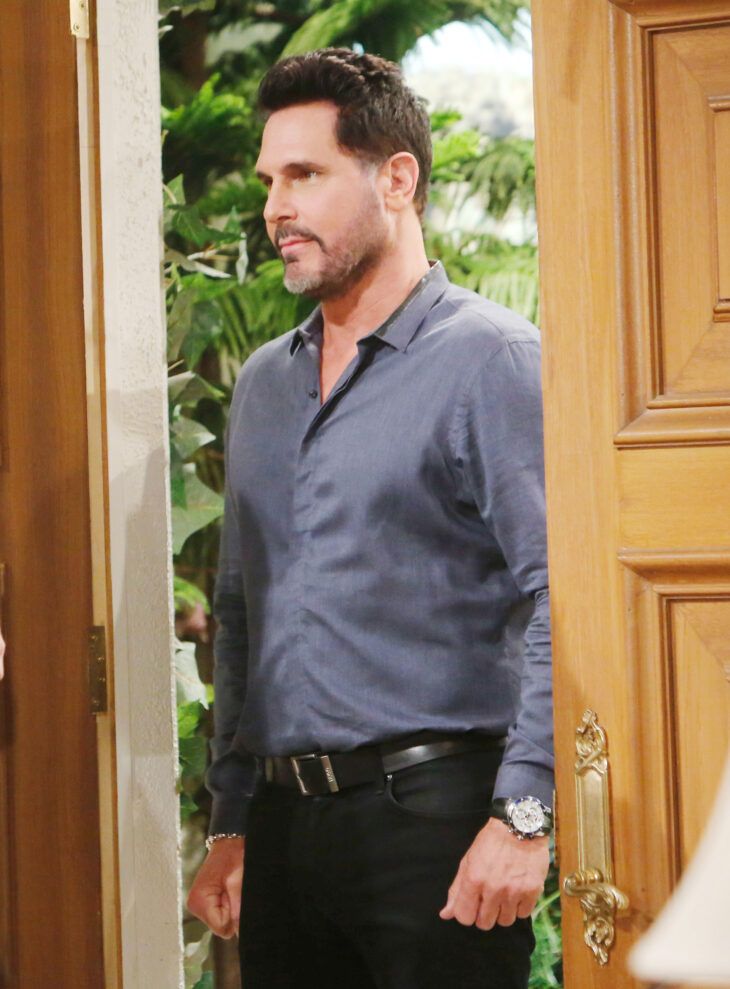 Quinn is nothing if not stubborn, and she will refuse to accept defeat, especially to Brooke. This week, she’ll suggest to Ridge that he should give Shauna a do-over wedding. Quinn will even offer to host the nuptials at the Forrester mansion. She’ll tell Ridge that after all Shauna has been through, it’s the least he can do for her. 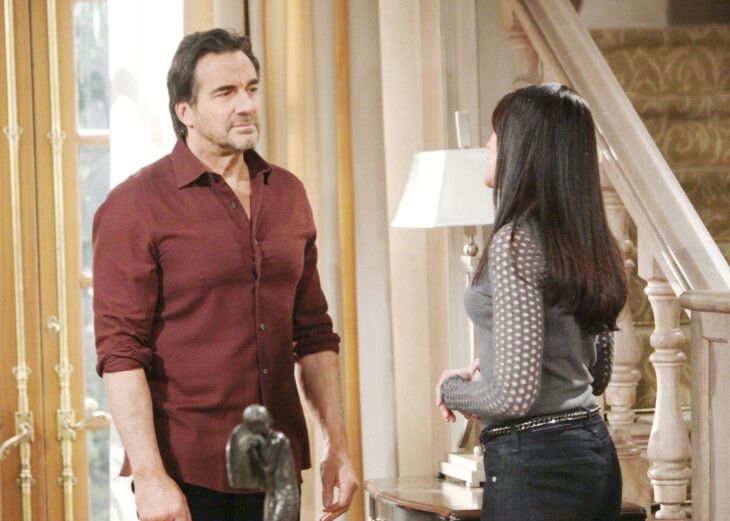 Spoilers tease Thomas will bring Steffy a gift from his pal Vinny. He’s told Steffy that Vinny has a crush on her, so he’ll think it’s sweet. But Thomas will have absolutely no idea there’s a secret supply of pain pills hidden in the gift. When Steffy discovers the stash, she will then be faced with a choice. Will she decide to get rid of the illegal medication, or will she begin taking it? 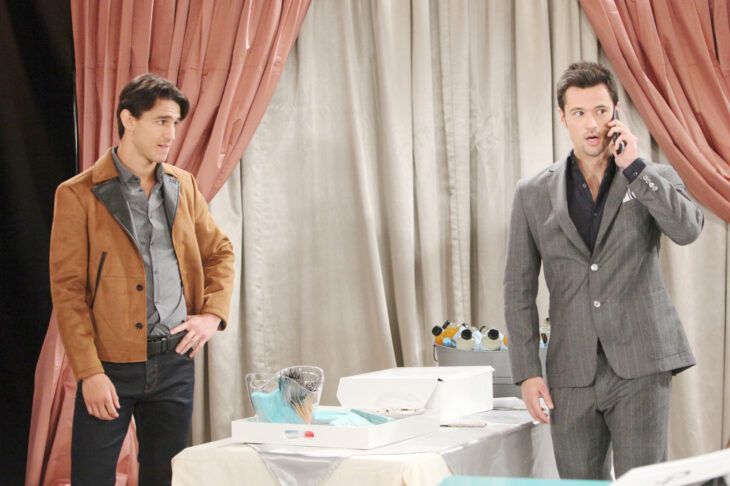 6. Liam Gets Shut Down

Liam will become suspicious of Dr. Finnegan this week. He’ll attempt to question him about what is going on with Steffy. He’s concerned about his ex’s health and wellbeing and he’ll demand answers from Finn, who will not only remain vague but will completely shut Liam down during his interrogation attempt. Liam will begin to think it’s odd that Finn keeps appearing at Steffy’s door and he’ll wonder if there’s more to Finn’s interest in Steffy than just checking up on his patient. 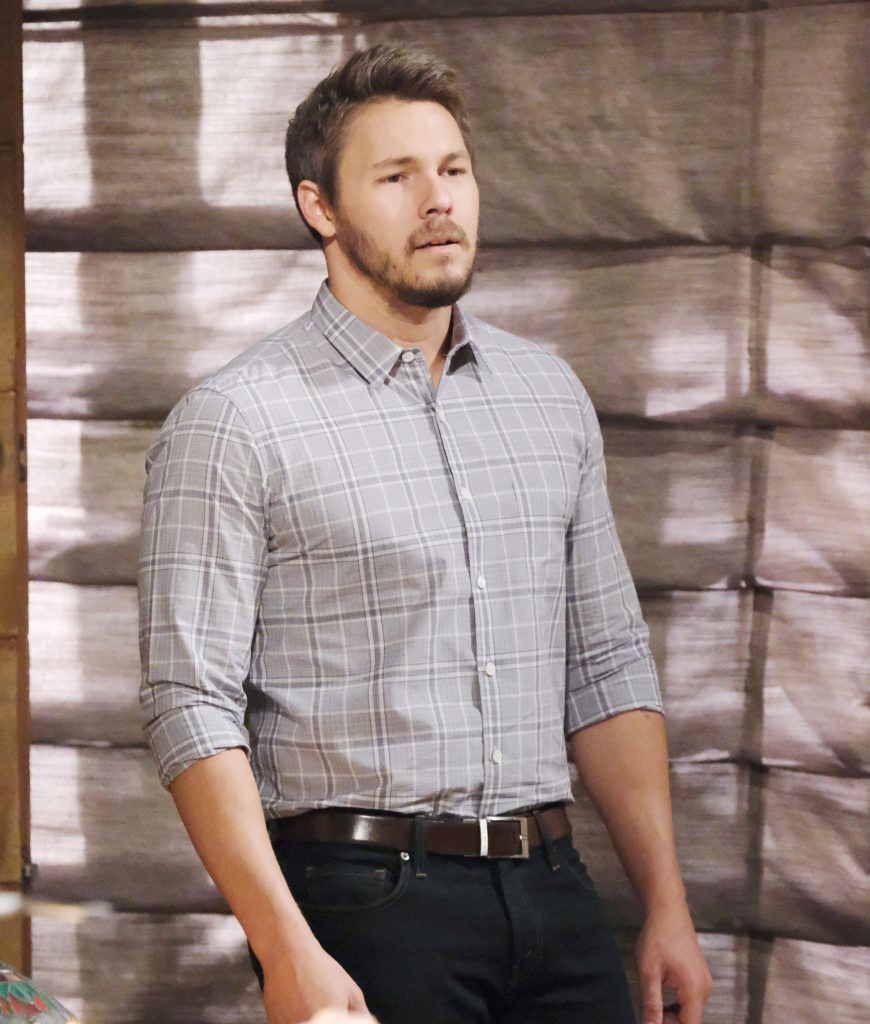 Spoilers tease Thomas will aggravate Liam when he mentions Steffy’s relationship with Finn and suggests that The Waffler wants the best of both worlds. He’s married to Hope but wants to remain as involved in Steffy’s life as he was when they were a couple. He’ll tell Liam that he can’t have it both ways and he better wise up to that fact. 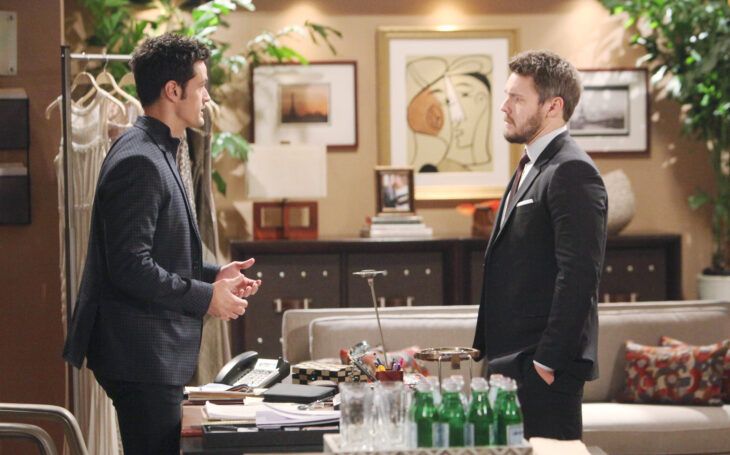 After shutting down Liam’s interrogation, Finn will admit his true feelings to Steffy, which will ignite a spark in Steffy. She’s been attracted to the doctor from the moment she saw him, so she’ll return the sentiments. It will lead to passion between them as Sinn gets caught up in their desire for one another and share a first kiss. 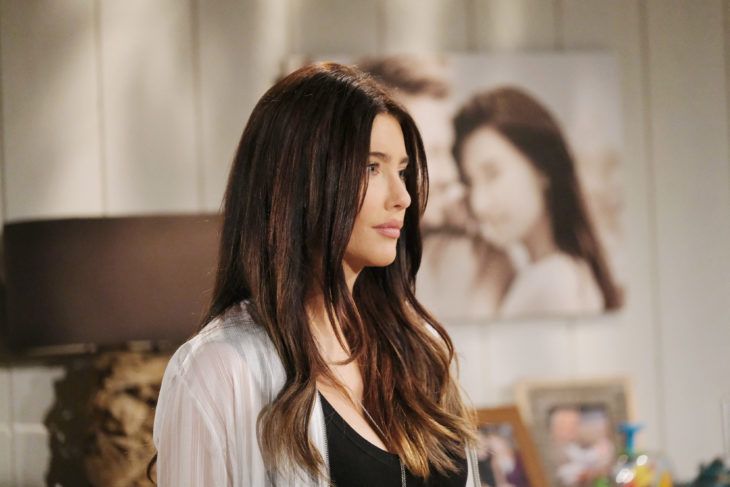 3. Ridge Gets An Earful

Liam will approach Ridge about Finn’s relationship with Steffy. He thinks her doctor should be doing whatever he can to help her get over her injuries, not do everything he can to get into her knickers. Thomas will also let his opinion be known. He believes Steffy moving on with Finn is a good thing for everyone involved and he’ll blast Liam for trying to interfere. 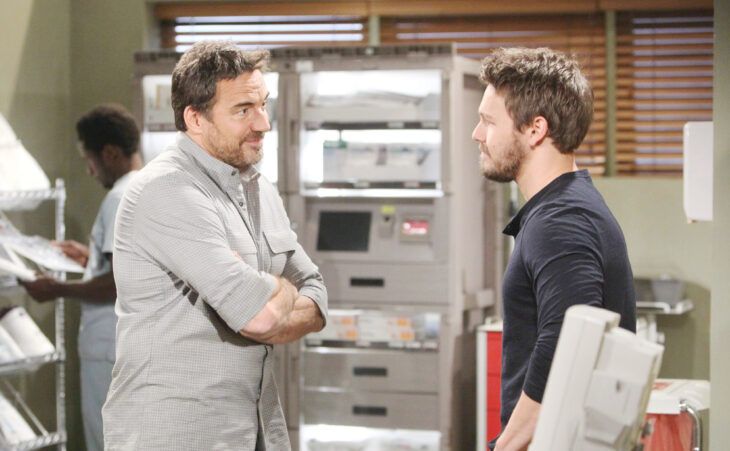 Rumor has it, Liam’s over-the-top reaction to Steffy’s relationship with Finn will leave Hope fuming. Lope will clash when Liam says he thinks it’s unhealthy that Steffy has developed a personal relationship with her doctor. Hope will tell him it’s perfectly natural that her Sister Wife has moved on with another man and he should be happy for her. And she’ll begin to realize that he’s not willing to let Steffy go. 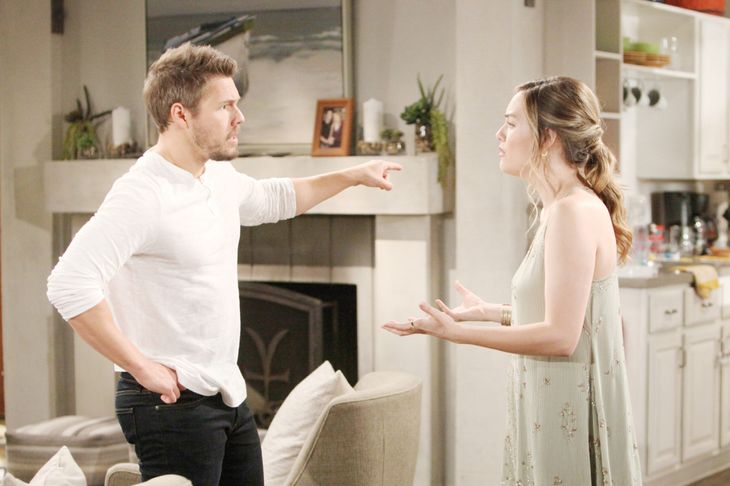 Steffy will do her best to hide her shameful secret from her friends, her family and from Finn. She’s been taking the illicit pain pills Vinny sent over and she knows she’s becoming dependent on them. Steffy will be desperate to hide her addiction and she’ll try to cover her tracks, but will someone find out what she’s been up to? Keep watching B&B to find out! 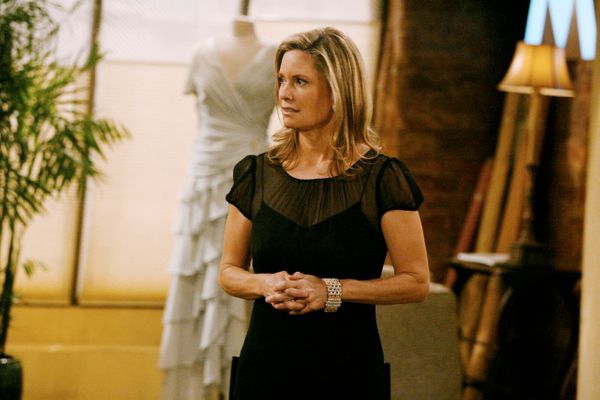